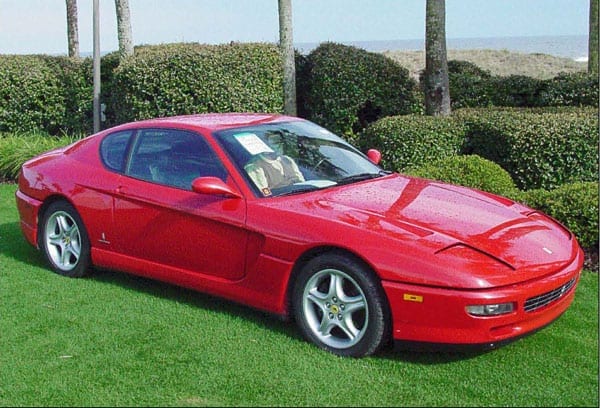 The 550 Maranello and 456 GT and GTA are today’s state-of-the-art grand touring Ferraris, offering supercar performance in a luxurious and very stylish package. Yet in the past year these cars have dropped drastically in value. Today, real money for a 1995 456 GT with low miles, good colors and full service is about $95,000 while a 1997 550 with the same features will sell for about $150,000, both down about $40,000 in the last year.

Of course, all new cars, even Ferraris, depreciate. But this recent drop has been hastened by a recession centered on the high-tech industries and the drop in the NASDAQ. The consensus among dealers is that high-tech whiz-kids in their 20s, 30s and early 40s made up a solid 25 percent of the recent new Ferrari buyers. Many have left the market until their businesses recover.

Additionally, both the 550 and the 456 are near the end of their production run and will be replaced soon. This means many of those who can afford to play are waiting for the latest new toy and have already had, and often sold, their 456 or 550, adding more cars to the secondary market.

Remember that few people use their new Ferraris on a daily basis. They are more often purchased as a statement of success. And somehow, bragging about “getting a good deal on a used, lease-return 456” doesn’t carry the same panache as saying, “I cashed in a few options and went down to Ferrari of Seattle to pick up my new 360 Modena Spyder.”

While Ferrari now builds world cars, with identical emissions and safety equipment wherever they are sold, the cost of a new 550 or 456 is much more in the US than in Europe. Many enthuiasts and entrepreneurs have taken advantage of this Ferrari arbitrage and bought, converted and imported Euro cars, making that many more cars available in our market.

It is my prediction that within a year a 1997 US-model 550 Maranello will bottom out at about $125,000 while a similar 456 will stabilize at about $75,000. For the user, both offer one hell of a lot of performance for not a lot of money—and if properly taken care of, will suffer very little from further depreciation.