60 Years and Three Ages of Ferrari 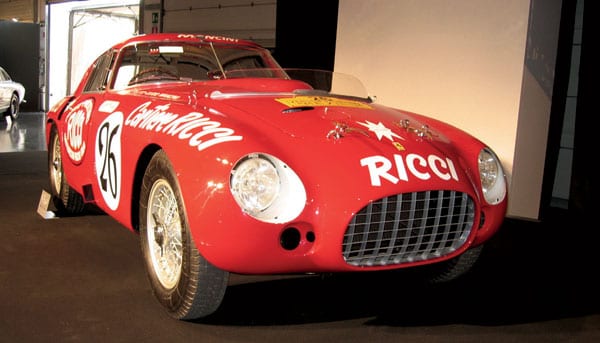 60 Years and Three Ages of Ferrari

Over the last 60 years, Ferraris have evolved through three distinctive eras: the Enzo Ferrari era, the mass-market Fiat years, and the present high-volume exotics from Luca di Montezemolo.

Two decades of accelerated evolution
Enzo was first a racer, only building street cars to help subsidize his increasingly expensive racing habits and offering his sporting clients de-tuned race cars for road use. The jump from the 125s to the 250 Europa GTs took only five years, and within another five years, the Europa GT had evolved into the dual-purpose 250 TdF, and the split between racer and street car started to widen. In yet another five years, the TdF evolved into the full-race 250 GTO for the hardcore racers and into the much higher-volume 250 Lusso street cars to pay the bills.

Another five years, and the 275 GTB and GTS followed, then morphed into the 365 GTB/4 Daytona. Through the 1950s and ’60s, the race department was also subsidized by the building of a series of ultra-exclusive, one-off coachbuilt cars for the mega-rich. Starting as a race and machine shop, Ferrari had grown rapidly from three cars built in 1947 to 619 cars built in 1969, thus making the transition to small manufacturer.

In the racing world, the cars of Enzo Ferrari often dominated on many levels, from F1 to GT racing and a multi-year string at Le Mans. The Enzo era was one of rapid, cutting-edge stylistic evolution and mechanical innovation, defining Ferrari as the world’s standard for ultra-exclusive, ultra-rapid autos.

All good things come to an end
Beginning in 1966, Ferrari, and all of Italy, were crippled by labor unrest. Ferrari was also financially hammered by Ford as the costs of sports-prototype endurance racing spiraled. By 1969, Ferrari teetered on the verge of bankruptcy. Enzo’s racing habits and low production required a bail-out from Fiat, with Fiat taking control of production cars while Enzo ran the racing. Finances also forced Ferrari to concede all sports racing programs to privateers after 1973, allowing Enzo to focus on Formula One.

Fiat production engineers shifted the emphasis from racing to street cars, and by 1971, road car production jumped from 619 to 1,246. New emission standards and bumper and headlight regulations, combined with pressure from upstart Lamborghini, forced Fiat to develop an all-new, mid-engined 365 BB as the flagship 12-cylinder. Fiat also realized the 246 Dinos would be killed off by looming regulations, so it introduced an all-new V8—the Bertone-styled 308 GT4. Almost simultaneously with Fiat’s takeover in 1969, the exclusive and glamorous era of the coachbuilt cars for the super-wealthy disappeared.

While the Fiat era is defined by the nondescript styling of the 308 GT4 and the 400/412 GT series, all auto manufacturers suffered bumper, headlight, and emission requirements, a 300% jump in gas prices, and worldwide economic crises. To top it off, Italy battled the Red Brigade terrorists, and bland cars were an attempt to avoid being kidnapped. Supercars and wretched excess went out of fashion.

Fiat responds to the new order
By 1976, Fiat responded to the new socio-economic order with the introduction of the highly successful 308 GTB, masterfully integrating safety bumpers and headlights while overcoming emissions through the torque of a 4-cam, 3-liter V8. The V8s soon became Ferrari’s standard-bearers, and V8 production eventually tripled that of V12s.

Fiat expanded the number of Ferrari dealerships and gave dealers a high-volume model to sell, reaching down from the ultra-rich to the merely wealthy. Through the 1970s and 1980s, Fiat built the 308/328 as the junior supercar, the 400/412 as a businessman’s express, and the 512 BB and Testarossa as the flagship V12s. Fiat built a few true supercars: the limited-production 288 GTO—a 308 on serious steroids—and the F40. Each set new benchmarks as the world’s most exotic and then-fastest production car. Although racing successes were rare, Fiat increased Ferrari production to over 4,487 cars in 1991.

Enter Luca Cordero di Montezemolo
As the Enzo era was run by a strong-willed individual, the modern era carries the stamp of Luca Cordero di Montezemolo, who joined Fiat in 1971. In 1973, at the age of 26, he became Enzo Ferrari’s personal assistant. In the early 1980s, di Montezemolo left Ferrari to manage other arms of the Fiat empire, returning in 1991. He made it his goal to regain the Formula One World Championship while also introducing all-new, state-of-the-art Ferrari road cars.

Coincidentally, Acura’s 1990 NSX redefined supercars. Cramped cockpits, inadequate a/c, overheating engines, recalcitrant windows, and heavy steering were no longer acceptable. The 355 was a quantum leap over the 348, while the introduction of the 456 GT in 1994 and the 550 in 1996 marked a return to the front-engine V12 Ferrari flagships of the 1960s and early 1970s.

Redefining the leading edge
The stiffer, lighter aluminum frame of the all-new 360 redefined Ferrari as a leading-edge manufacturer. The lines matched those of the 456 and 550, and the new cars combined ultra-high performance, cutting-edge styling, and real-world usability.

Under di Montezemolo, Michael Schumacher won five consecutive drivers’ titles from 2000 to 2004, and Ferrari moved to brand everything from laptops to teddy bears in boutique shops from Beverly Hills to Bahrain.

Ferrari has ramped up production from 4,487 cars in 1991 to over 7,000 cars in 2008, and will undoubtedly go to 10,000 cars a year when the world economy revives. All this will help pay the cost of a Formula One team, so the marque has come full circle. Once again, Ferrari also encourages its wealthiest clients to work with coachbuilders such as Pininfarina and Zagato to build factory-sanctioned 612s and 599s, none of which are for the slight-of-wallet

The Ferrari market repeatedly demonstrates that the 12,700 cars from the Enzo era are the most collectible. The 55,000 Fiat-era cars built from 1969 to 1991 have fla-lined in value, and only the 288 and F40 can be considered collectible. The latest di Montezemolo cars, with about 68,000 built, and more added every day, quickly became used cars, and only the F50 and Enzo have enduring value. So as financial investments, the cars from the Enzo era are the ones to have. But if you’re looking for an investment in driving pleasure, the modern-era Ferraris are where you want to be. And just think, late-model Ferraris are getting cheaper every day.