A Dose of Reality in Your Ferrari Dreams 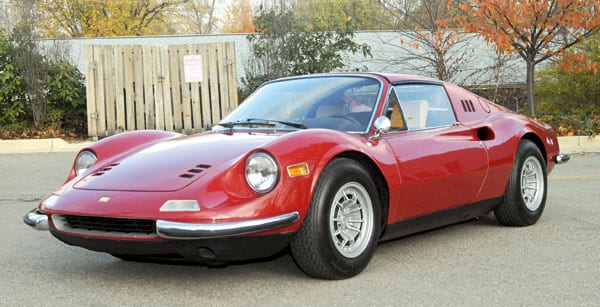 A Dose of Reality in Your Ferrari Dreams

Recently, one early-morning caller wanted an “F1 Ferrari.” That afternoon, another emailed wanting “a race car,” and a later caller wanted either a 246 GTS or a 550. While buying a Ferrari is an inexact science, I start by explaining that all Ferraris are in some way “mission specific.”

To the first-time buyer who wanted a Ferrari F1 car, I simply asked “Why?” and followed with a series of questions:

“Have you ever driven a Formula car of any kind?”

“Do you have any racing experience?”

“How tall are you and what do you weigh?”

With the response that the client was over six feet tall, on the wrong side of 220 pounds, and had never driven a race car, the answer was self-evident:

“You will not fit, and you’re over your head.”

Not for the faint of heart (or wallet)
Modern F1 Ferraris are technological marvels, constantly redefining state-of-the-art technology and performance. Owning and operating a used F1 car is not for the faint of talent or wallet, with any V10— or V12— powered F1 cars priced well north of $1 million, and over $2 million for a race-winning Schumacher car.

The top F1 teams have budgets beyond $500 million per year and employ teams of computer wizards in search of an extra tenth of a second. Even at the privateer level, if you don’t have Ferrari-speaking mechanics, you’re not going to leave the pits.

When you do get on the track, most F1 engines are built to last one two-hour race before being rebuilt and updated, at a cost that would put a 550 Maranello in your garage. As for owning or using an F1 Ferrari in the U.S., there is no racing series or support.

You’d have to sign up for the Ferrari Clienti Corsa program, ship your car off to Italy where the factory has a full program, and fly to Europe to race. Buying an eligible and competitive F1 car and running six races a year will cost at least $2 million. And don’t bother to ask about Turbo-era F1 Ferraris, which are much cheaper at $500,000; Ferrari will not allow turbo cars in their series, as the on-off power transition is too drastic. Who wants a neat toy if you can’t play with other kids?

The response is usually a long silence on the other end of the phone. I then explain that Ferrari race cars start at as little as $50,000 for a usable 308 track car or a last-decade 348 Challenge car, and go to $15 million plus for a 250 GTO.

As for venues, a 308 track car or a 348 Challenge car will put you on the track in regional Ferrari Club track events and will even get you to the FCA Nationals and Cavallino.

For those with a thicker wallet, a 360 Challenge car will set you back $100,000, while a current-but-used 430 Challenge car leaves little change from $200,000. Any of these will require one’s own trailer. Oh, and have a Ferrari mechanic along for problems, as there WILL be problems.

Better yet, contract with a local shop that has its own trucks, trailers, and race mechanics. It is important to note that Ferrari street car mechanics, restoration shop mechanics, and race car mechanics have non-interchangeable skill sets.

A popular rung in the Ferrari race car ladder is cars suitable for relaxed tours like the Mountain Mille or Texas 1000, with entry starting at a 330 GT 2+2 for around $100,000. While not real race cars, to many first-time Ferrari buyers, any car eligible for these events must be a race car in sheep’s clothing.

The next step up is the higher-speed, more-intense, more-restrictive entry events like the California Mille or the Colorado Grand. We just sold a gorgeous 250 TR Replica at $395,000 that was accepted for both the California Mille and Colorado Grand. That’s about the same value as a very nice 250 Ellena—the cheapest entry to these two events—which require 1950s Ferraris.

Further up the ladder are cars for the Mille Miglia, Monterey Historics, or U.S./European Ferrari Historic Challenge. Look for an alloy-bodied Boano with race history, at about $750,000. Scream up to 512Ms and 250 SWBs at $3 million-plus. Go stratospheric with 250 LMs and GTOs at $5 million–$15 million.

I recommend a driving school program
Before buying a race car of any kind, I recommend a driving school program such as Skip Barber, Bob Bondurant, or the Russell Schools, each of which will provide more track time over a $4,500, three-day weekend than a would-be racer will get dragging a 308 or 348 to every local event for a year, and for far less money.

Driving schools quickly separate race aficionados from the wannabes. If you love searching for the limits of your ability while in a four-wheel drift, you could be a racer. If you head for the bathroom every time you get out of the car, you’re a spectator.

These schools use learning-level formula cars that are quicker than almost any Ferrari street car, and infinitely cheaper to fix, as $5,000 will cover almost any crash. For those with a bigger checkbook who want to go to school in a Ferrari, FNA has a 430 driving school at Mont Tremblant, Quebec, that gives you two days of track time for $8,500 and supplies world-class accommodations. Should one have an “off,” the cost will probably equal to half a dozen Barber or Bondurant schools.

Test drive the street car of your dreams
For uninformed street car calls, such as the gentleman who couldn’t decide between a 246 GTS and a 550, these are two very different cars. The Dino is my favorite of the V6-V8 cars, with gorgeous lines and a V6 that makes every shopping trip seem like a warm-up lap for Sebring, circa 1970.

Alas, this client had never driven any Ferrari, and lived in a chilly town in the upper-Midwest, far from the nearest service center. I arranged for him to test drive a Dino only 400 nautical miles from his home, as he had his own plane.

Test driving a Dino, in December, in Detroit, with the targa top off, quickly exposed the Dino’s feeble heater, token defroster, recalcitrant power windows, and long warm-up period. And while it sounds like it’s qualifying for Sebring, with 200 hp and at 3,000 pounds, the lady in the BMW next to him at the light left him for dead—and she didn’t know she was being raced.

His next stop was a recently serviced and user-friendly 550 in New York. A quick December test drive, with the luxury of a heater and defroster that worked, and more than enough power for rain-soaked roads, will probably make it his first Ferrari.

Bottom line: Far too many first-time Ferrari buyers have a dream based on no real-world experience. Too many fail to relate their dreams to real-world usability of the Ferrari to which they aspire, as well as to their wallets, their climate, and their access to Ferrari service in their area. As for those who dream of starting a racing career in their 40s or 50s in a Ferrari, try a racing school first.

If you want an event car, choose which event you want to do, speak with the organizers, determine what cars will be accepted, and then go shopping. Most important— take time to test-drive the car of your dreams before writing a check. It will help make Ferrari ownership the experience of your dreams, rather than a nightmare.