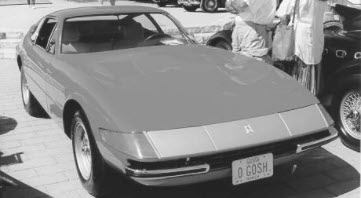 In 1996 Jean Sage and Jacques Swaters started the Shell Historic Ferrari Challenge in Europe, creating an event where one could see and be seen with an eligible historic Ferrari. Add in a worldwide economic boom and stock markets rising almost everywhere. The prices of the best of the best immediately started climbing upwards, with models such as the 250 GTO, 250 TR, and 375 MM doubling within three years as wealthy enthusiasts were clambering for “cool cars” to flog on European circuits.

The market for the best Shell-eligible Ferraris seems to have reached a plateau since the big buyers such as the McCaw brothers or Carlos Monteverde, who could (and did) buy five or ten supercars at a time, have completed their collections and/or left the market.

As to the more “normal” Ferrari market, a rising tide does indeed eventually lift all boats, although not all at the same time or rate. With the American economy riding a five-year crest, the long-neglected bottom and middle range of the Ferrari market is now becoming surprisingly strong.

Only a year ago, desirable street Ferraris such as 246s, 250s, 330s, Boxers, and Daytonas, the cars baby boomers dreamt of owning 20 years ago, were available for less than the cost of restoration. This is no longer true. Superb cars at distress prices just can’t be found, and even average cars, if priced right, are quick sellers.

There are now plenty of buyers for virtually any 6– or 12-cylinder Ferrari (sorry about that, 308/328 types — your ship is still out, maybe way far out, to sea), with buyers willing to step up and pay above Price Guide numbers for excellent examples.

For the first time in almost ten years, almost everyone in the business has a longer list of cars they want to buy than they do of cars they want to sell. While I’m not a trained economist and nobody can predict the long-term future, it doesn’t take an Alan Greenspan to tell that after many years the 12-cylinder Ferrari market is gaining strength from top to bottom.