And You Thought Ferraris were expensive? 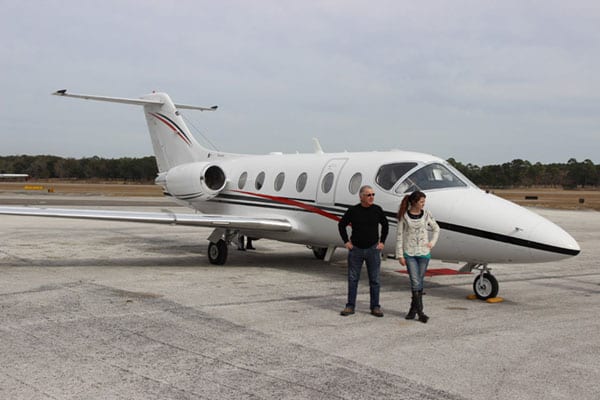 And You Thought Ferraris were expensive?

While we get several hundred e-mails every day, endless phone calls and no lack of text messages, few have ever gotten my attention more than a text received on 04 April at 2:58 P.M., which read “Dude. Just lost an engine at 18k ft out of TEB emergency landing into Philly!!!! Moving my Gulfstream into position to get me to JAX”. For those who don’t know, when a jet loses an engine on climb out, it’s much the same as having one rear brake suddenly lock while accelerating onto a freeway on ramp, but without the option of being able to pull over to the side of the road. The airport is far behind, far below, getting back can be problematic and gravity is not your friend.

Why training pays off
Engine failures in private jets usually start with a totally unexpected and heart-stopping muffled explosion from either the right or left engine, upon which the jet instantly yaws (twist on the vertical axis) to the side with the failed engine while also rolling, wing down, to the failed side. Jet pilots have to go through extensive training for every different model or type of jet, requiring a highly trained and experienced pilot go through a 14 day program for “type” certification in this jet, a Beechjet 400, and a mandatory twice a year 4 day recurrent training, much spent in a simulator, practicing for just this kind of emergency! Other than many of the smaller Cessna Citation jets, which are certified as “single pilot”, all jets require two pilots for added safety.

In this case, the left seat pilot stated, “my aircraft” and instinctively reacted on the controls with lots of right aileron and right rudder to correct for the dead left engine. The near-full-control-input was momentary, but in the “time compression” mode in a situation like this, it seemed like an eternity. The airplane righted itself although the loss of power, high altitude and full fuel load all limited performance. Engine failure is usually followed by a loud clacking noise similar to a large baseball card in the spokes of a bicycle tire and the airplane shakes pretty violently. In this failure there were no expensive noises, no master caution warning light, no temperature spikes, no vibration and the speed at 18k ft. helped maintain control response.

Once the aircraft was under control and it was confirmed the right engine was still operating, the pilots went through the emergency checklist. The jet had left TEB (Teterboro airport, just across the Hudson river from New York) and was already lined up for an emergency landing in Philly (Philadelphia’s major airport, PHL). The right seat pilot declared an emergency and gave the pertinent information to ATC (air traffic control). After adjusting for the weight and double checking all systems, the pilots entered downwind, landed uneventfully and were met by a horde of fire trucks as they cleared the runway. Once given a clearance by the firefighters, the pilots taxied to the FBO (private terminal). Once outside to look at the engine, there were no holes, no liquid dripping and no parts hanging off. Upon climbing on the wing to spin the left engine fan blades, the fan turbine blades spun by hand!

Just when you thought it couldn’t get worse
Fortunately, the GIV pilots were available, were soon on board and ready to go. After run up and while taxiing to position for takeoff, the pilots checked the thrust reversers, which are essential for landing. Standard operating procedure is to check them once, but the pilots did a double check. The right side thrust reverser failed on the second test, so the GIV was taxied back to base for an inspection and repairs. The client and his jet guy exchanged more phone calls, a Bombardier Challenger was available, was chartered and was soon on its way to Philly to pick up our now very frustrated client.

I had already sent back a text at 3:15 P.M., saying “Whew!!!! Give me a call when you get a chance” and an hour later had a call relaying the GIV thrust reverser story and the news that the Challenger was on its way. The drama wasn’t over. Only three hours later, I had another call from our client. He had landed safely in Jacksonville, gotten into his car to go home and promptly rolled through a stop sign leaving the airport. He explained what can only be described as a very bad day to the officer, who was understanding, and finally made it home with no further drama.

Post Mortem
While cars can be towed to shops for repairs, a jet with a dead engine isn’t going anywhere, making it an AOG or Aircraft on Ground. The mechanics who inspect, remove and replace the dead engine, install the replacement engine and the many parts for the installation, must be trucked or flown to the downed jet.

Both jets and their engines have many LLP or Life Limited Parts and once they hit the limit, they are scrapped, never to be used again. The TBO (Time before Overhaul) for the JT15D-5 engines on a Beechjet is 3,600 operating hours. An engine with a fresh overhaul was located for $315,000 including installation, but the right engine had only 600 hours left before TBO, so a good used low-time right engine with 3,027 TBO was also purchased from the same source for another $135,000 including installation. All four motor mounts also needed to be replaced at an additional cost of $17,500, and the fire detection hoop, at $11,500, also had to be replaced, making any comparison to the costs of Ferrari engine rebuilds and accessories seem meaningless.

The Beechjet’s engine failure was caused by a failure of the gear that connects the engine core to the tower shaft. The tower shaft runs between the engine core and the gearbox, powering the accessories, including the fuel pump. The gear failed, the tower shaft quit turning, the fuel pump stopped and the engine shut down. It was almost like a normal shutdown, which is why there weren’t any warning lights. The gear failure spread metal throughout the engine and necessitated a complete tear down. A broken retaining tab in the hot section had damaged the 1st stage turbine blades. This turbine damage probably caused increased vibration that, over time, damaged the gear. A new set of turbine blades is $130k—yes, One Hundred Thirty Thousand US Dollars. On a retail basis, an engine repair/overhaul would have cost in the neighborhood of $450k–$500k, making an overhauled replacement engine with many years of LLP cycles remaining a much better option. As for the Gulfstream thrust reverser, it was a hydraulic line failure repaired at a cost of only $3k, a line item in the world of jets.

The pictures tell the story
Since we have many pilots, owners and airplane geeks as subscribers, below are photos of the broken tab, the damaged T1 blades and a schematic explaining the engine’s damage.

The client had already started a search for a late-model Lear 60, which flies faster, higher and further than the Beechjet, although at a maximum range of 2,450 miles it lacks the trans-Atlantic range and people-carrying capabilities of the Gulfstream GIV. While a pre-buy inspection is whatever you negotiate, in this case it was $15k for a thorough log book review by the third party inspection facility, a thorough visual inspection of all visible areas of the airplane, a 300 hour “A” or yearly inspection, spot inspections of corrosion prone areas such as under the lavatory, around the door frame and other areas, non-destructive testing of the cabin windows and windshields ($60k per side, if needed), engine borescope inspections by an authorized third (fourth) party vendor, and more.

The buyer pays for the inspection and the seller pays to fix any “air-worthy” problems, i.e. if it’s cosmetic only, they don’t fix it. The inspection fee of $15k is non-refundable, making the usual $500 fee for a Ferrari pre-purchase inspection seem ridiculously cheap. Looking at the cost of Jet versus Ferrari ownership, the owner of both jets has no lack of Ferraris and other super-exotics. He’s the first to say Ferrari and collector car costs are relatively meaningless when compared to the costs of jet ownership!