But Mine is Better 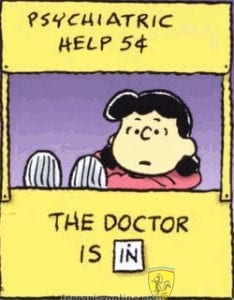 But Mine is Better

Every article is inspired by an e-mail exchange or a phone call that screams the need to reach for the keyboard and start typing. A while back a client called to ask the value of his 246 GT, a high serial number US model Dino Coupe, from new with Chairs and Flares, sold new in Canada and in dead storage for many decades. It had not been road registered for over a decade. Indeed, the client had not seen his Dino in years, but had seen the rise in prices and called in response to the sale of 246 GT s/n 04946 which had sold at Goodings, Scottsdale in 2014 for $473k.

246 GT s/n 04946 was a car we knew well, having sold it back in 2006 and having followed the high-quality restoration back to the original colors done by Chris Dugan of Dugan Enterprises in Oceanside. When sold at Goodings Scottsdale in 2014, the “all in” sale of s/n 04946 at $473K represented a new high-price-point in the market for a 246 Coupe.

We get the “what’s my car worth” calls every day. Rather than playing twenty questions back and forth, we usually respond by saying that we haven’t seen, touched, driven or inspected the car in question, the owner certainly has, and has a price point in mind, what is that number?

Our Canadian client said that he had seen s/n 04946 sell at auction for almost $500k USD, “but since mine is better, it was probably worth $700k.” I was incredulous, and pointed out that his Dino hadn’t been treated to a recent restoration but instead had been in dead storage for decades. It almost certainly had frozen brakes; frozen shocks; every piece of rubber on the car was as hard as a hockey puck. At a minimum; it needed a massive service and a long list of deferred maintenance issues resolved, not to mention forty-plus year old paint, carpets and leather, none of which are noted for aging well. The owner was defensive and explained that his car had only 36,000 miles and that the long-term storage was an asset, not a liability. I disagreed, we politely agreed to disagree and the conversation ended, there was no point going further.

I’ll never forget that conversation as it personified what psychologists and behavioral economists call The Endowment Effect. From any practical point of view, the value someone puts on something should not depend on whether they actually own it, but hundreds of college Psychology 101 course experiments have proven that college students were surprisingly reluctant to trade a coffee mug they had been given for a bar of chocolate, even though they did not prefer coffee mugs to chocolate, when given a straight choice between the two. Simply put, once someone owns something, they irrationally place a higher value on it rather than an equal item, be it a coffee mug, a chocolate bar or a Ferrari, that is owned by someone else! George Carlin, the comedian, said it well: “Have you ever noticed that their stuff is sh.t and your sh.t is stuff?”

Going a step beyond the endowment effect, behavioral economists go into Loss Aversionwhich refers to people’s tendency to prefer avoiding losses to acquiring equivalent gains: it’s psychologically better to not lose $5 than to gain $5. Indeed, the same college 101 Psychology courses suggest that losses are twice as powerful as gains. Taking behavioral economists yet another step deeper into the rabbit-hole, would-be sellers seek Confirmation Bias by trolling auction results and websites for I-hope-I-get-lucky asking prices to confirm their high-price preconceptions, all of which turns many I-want-to-sell my Ferrari calls into counseling sessions.

One well known dealer summarized it well with “If you tell someone that their Dino went up $75,000 this year, they smile smugly, and move on without thinking about it too much. If you tell them their car went down $75,000, at the minimum you have to repeat the exercise a few times and then the owner is very disturbed. It is the same amount, but losing compared to gaining is much more of an attention getter.”

If you, as a would-be seller, really want to know what your Ferrari, or Porsche, or any other collectable car is worth, rather than look for the highest asking prices at an auction last year, or the highest price on the internet today, to justify a peak-of-the-market value; instead take the mental mindset that you’re a would-be-buyer. With that simple switch in perception, you’re now looking for the best car at the lowest price and mentally subtracting some number, be it 5% or 10% from the lowest asking price as the price you might offer. Next, factor in your thoughts on where the market and/or the economy will be next year, or in two years, and again re-think your hypothetical offer as a would-be buyer.

The moral to the story is: no matter how much they might wish they could, sellers do not control the market, and never have. Buyers control the market. Be it by choice or circumstance, bust or bubble, there will always be sellers. If you’ve got a lot of excited, anxious buyers afraid they might miss out in a rising market, they will bid the price up, be it for Facebook shares or Ferraris, but if the buyers lose interest or see an unfavorable market trend, they will tend to sit on their wallets and wait. To paraphrase the old adage, “Ferraris are like streetcars, there will always be another one coming along”—with the exception of a few ‘crown jewels’, of course. Unless a seller can convince a buyer that the Ferrari, or Porsche, or whatever he’s selling is the one the buyer really wants to own at the price he’ll accept, any rational buyer will defer a decision to see if something better comes along.

The best marketing in the world can’t change this dynamic. It is up to the seller to provide a product that can be sold to a rational buyer at the price point expected in the real world today. If would-be-sellers won’t do this, the only option is to wait to see what the future may hold.