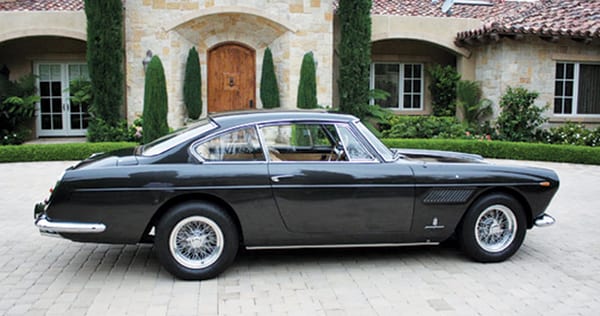 As readers of SCM know, my day job is finding new homes for old Ferraris. Over the many years I’ve been involved with the market, I’ve seen it undergo several permutations. Now, the digital revolution has really hit the market full force, and it’s changing the ways cars are marketed—not just for me, but for everyone in this business.

Last month I observed that the classic Ferrari market has regained a level of stability and buyer interest. But while buyers have returned to the market, they have a whole new level of caution and many more questions. Perhaps this is because when prices are skyrocketing, you can overlook a $50,000 needed repair and it’s no big deal. But when prices are stagnant, a large mechanical issue can change a fair deal into a crappy one.

Great photos sell cars
Selling Ferraris has always been a complicated enterprise, but the demands of buyers today add many more steps to the process, all of which are required to effect a transaction. The following is a quick overview of what it takes to sell a Ferrari in the digital age.

We (and any other dealer or broker) start with the photographs. All cars look best in front of a neutral-to-elegant background with no other cars present. Such pictures are best taken in the “golden hour,” as the movie business calls it—the glowing sunlight of late afternoon. Alas, such locations do not come with a hoist or a convenient Ferrari mechanic, so our first photos are generally beauty—shots designed to elicit an emotional response from prospective buyers.

The next step is marketing by email, which we send to those who have signed up for our newsletter. Details on any new-to-the-market Ferrari are sent directly to our subscribers, and the responses come in over the next few days.

No lack of buyers
For example, in early June, we sent an email offering 1962 Ferrari 250 GTE s/n 4069GTE, and had eleven responses over that week—fewer than expected, but enough to ensure the car would be sold. We had five responses from the U.S., two from Holland, and one response each from Canada, Mexico, France, and Australia.

No lack of questions
Every buyer had a list of questions, and almost all wanted “extra” photos. Both Dutch prospects wanted clear shots of the engine number, the numero interno, the transmission number, and the differential number, so that they were assured the car would comply with the Ferrari Classiche requirements. American, Canadian, Australian, and Mexican buyers wanted photos that showed any damage and rust (or the lack thereof) on the lower body, belly pan, floor pan and exhaust.

As you can see, real buyers are doing real research. We took the 250 GTE to Rod Drew’s shop, Francorchamps America, Inc., and put it on a rack for an additional photo shoot to satisfy the requests for engine, transmission, and differential numbers, the numero interno, shots of the floor pans, exhaust, ad infinitum. We could not shoot the transmission number, as it was on top and hidden by the center console, so Drew’s staff pulled the seats, the lower console, and the transmission cover to provide access to the numbers.

Photos and more photos
Next stop was to download the first set of “underneath” photos to verify they clearly showed the important numbers, plus the condition of the suspension, brakes, belly pan, etc. We then took more shots to verify that the seats, console, and transmission cover were removed. The car was kept in pieces until we confirmed the photos were what was required.

Each photo had to be labeled, with captions that explained each of the various shots in the first, the second, and the third groups of photos. Each photo was sized to the 400kb to 600kb resolution range, clear enough to show detail, yet small enough that each group of six photos could be sent together.

The next task was to respond to individual questions from buyers and send a set of photos to the eleven interested clients, answering specific questions, plus providing extra shots. The theory was to provide not only answers to the various questions, but also to pre-provide answers to questions they had not yet asked (but probably would).

The net result was three sets of individualized photos to eleven clients, or 33 emails in total, making for a 16-hour day answering questions about the bottom of a 47-year-old car. The good news was that over the next day we had three acceptable offers, but with only one car to sell, our 250 GTE was sold to the first offer, and after $100,000 changed hands, it was on its way to Holland.

More buyers than expected
Another example of the digital marketing process concerned 365 GTB/4 s/n 14229, a one-owner Daytona sold new in Seattle, and still with the original owner. Once with us, the Daytona was repainted and sorted. It was photographed, but again no underneath shots were taken. When the car was advertised, we had 24 inquiries, far more than expected, with 22 Americans, one Canadian, and one Dutch prospect.

Acceptable offers were made and s/n 14229 was sent to pre-purchase, again to Rod Drew’s shop. During the pre-purchase check, we found the shop that had done the first service had forgotten to replace the rear fuel filter, hidden behind the transaxle, and the carbs were slowly filling with crud. We had to have the carbs removed and cleaned, which took over a week with a wait for parts, and in that week our clients had lots of time to think of new questions.

As a result of the ensuing requests, the entire lower body, frame, and suspension, were photographed. We sent a generic six-photo email showing the exhaust, frame, and suspension to the more serious buyers. Multiple offers came in, and within a few days the Daytona went away at the full listing price, $259,500.

And the moral of the story is…
Actually, there are multiple morals to these stories. First, thanks to today’s low prices, buyers are back, but they are ultra-cautious before parting with their hard-earned money.

Second, even after three decades of selling Ferraris, it’s still hard to know what response a particular car will generate. Some are more popular and easier to sell than we thought they would be, while others are surprisingly difficult.

Third, even though we strive to use only highly qualified shops, we still find they are run by humans who do make mistakes. After 30-plus years, we’ve learned that if we consistently encounter problems, we simply change shops, have the new one repair the mistakes of the previous shop, and move on.

Last, there is a caveat to all this caution. If buyers get too busy asking questions, someone else may write the check while they are asking those questions. In fact, it seems like sometimes potential buyers keep asking questions just to keep themselves from making a final decision on a car. In the end, the first one to pay owns the car.

Some things don’t change. In any price range, it still takes the best car with the best documentation, best service history, best marketing and best price to sell quickly and at or near the asking price. Now we can add best photos and follow–up photos to that list.