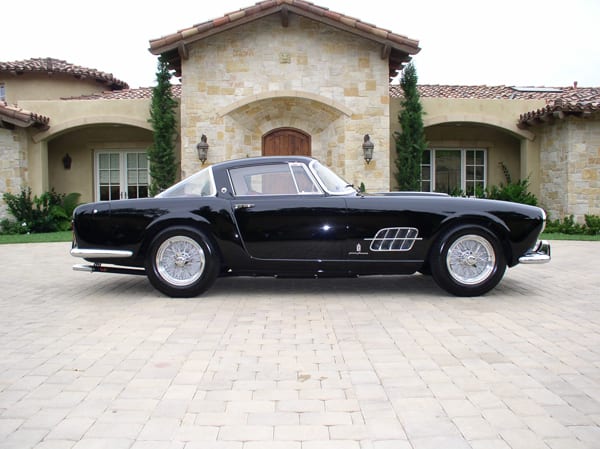 This mess started about 1998, when real estate, hammered by the 1990–95 recession, looked like a bargain. Wall Street, eager for higher returns, and with a performance-based incentive compensation system that would push the boundaries of any compliance envelope, transformed the mortgage business from a local one—centered around banks—to a global one. Global investors, flush with cash from Asia’s boom and ever-rising oil prices, demanded high returns, and Wall Street’s answer was sub-prime mortgages.

Creative loans allowed those with little credit history to buy houses they couldn’t afford with teaser-rate loans whose low interest rates soon went up, giving investors higher returns—if the loans were paid. The Fed’s Alan Greenspan helped to make it possible, dropping interest rates to prevent a double-dip recession after the NASDAQ bust of 2000, and keeping them low for years.

AAA rated into the dumpster
These teaser-rate mortgages were bundled into supposed investments, or derivatives, known as Collateralized Debt Obligations, or CDOs. Bond rating companies such as Ambac and MBIA, which had once charged a fee to lend their AAA bond ratings to state and city governments to improve these agencies’ bond ratings, now made much fatter fees lending their AAA bond ratings to the newly invented CDOs. With their new-found AAA ratings, these bundles of sub-prime based CDOs were now easy to sell to global investors.

As more loans were sold, they were in turn used as collateral for even more loans, and so credit standards were lowered to get more paper out the door, sold by fly-by-night loan brokers making big commissions. Buyers of these CDOs were insurance companies, pension funds, and hedge-fund managers from Sweden to Shanghai.

Because the CDOs were AAA rated, they were in turn used as collateral for more borrowing, so if you followed the bouncing ball, borrowed money was used to borrow more borrowed money. Bets of $35 million could be made by hedge funds with only $1 million of their own money and $34 million in debt. If the value of the investment rose to just $36 million, the investors would double their money, but if the value fell to $34 million, the fund was broke.

Bear Stearns barbecued
On March 12, Bear Stearns CEO Alan Schwartz had to assure Wall Street that Bear Stearns was not in trouble from sub-prime exposure. Yet on March 14, the company was insolvent and sold over the weekend by the New York Fed to competitor JPMorgan Chase for a bargain-basement $2 a share (subsequently raised, see below), or $236.2 million.

The New York Fed and the Federal Reserve approved the all-stock buyout, pushed through on Sunday before world markets opened Sunday night. The Fed also made the takeover risk-free by guaranteeing up to $30 billion of Bear’s portfolio while pumping in liquidity to the markets, with a cut in its lending rate to banks from 3.5% to 3.25%.

To sweeten the pot, Bears’s midtown Manhattan headquarters, worth a cool $1 billion, was thrown in. When the dust settled, JPMorgan’s takeover of Bear cost about 1% of what the investment bank was worth just two weeks earlier and a 93.3% discount to Bear’s market capitalization on the previous Friday. Goodbye, Bear Stearns.

Best Ferraris didn’t miss a beat
Ever cautious, I was on the phone the morning of March 17 and asked dozens of dealers over the week for their feedback. I was relieved to be told, over and over, that the market for the older Ferraris was booming along, with only a few hiccups, while the newer cars had taken an instant 10% haircut! Those who sold the newer cars, from the 360s on, were dropping their bids on new inventory and more than eager to sell off their existing inventory. The “normal” depreciation curve on F430s and 599s, starting at $150,000 over sticker when introduced, had steepened in the dive toward sticker.

As for the older cars, Boxers were still strong, while TRs and newer were unchanged, already fully depreciated, with value a function of miles, condition, and service history. The TRs and newer Ferraris are “local market” cars, which can be sold in the U.S. or into Canada’s booming economy, but can’t be sold to Europe, as they fall into a 10% duty and 17% to 19.5% VAT category. The Daytona-and-older market remained strong, with the most desirable cars—the competition GTs and coachbuilt specials—selling easily to the very rich in the U.S., Europe, and elsewhere. These best-of-the-best continue to be solid investments, with a strong market in the U.S., or are easily sold to Europe, where they face a modest flat 5% duty and VAT.

A week after the Bear Stearns debacle, the bid on Bear stock had jumped from $2 to $10 a share, reflecting that Bear had been undersold. The Dow was up 500 points and normalcy began to return to the financial markets. While many feel that Goldman, Lehman, and other players have many unanswered questions, and the bond companies like Ambac or MBIA that underwrote the CDOs are far from solvent, the Fed had acted exactly as it had to. We are not yet at the bottom of this cycle, but this too shall pass, as have other recessions. For example, the worst decision any investor could have made after 1987’s Black Monday was to sell his positions, though many did, only to see them more than recover within several months.

Ferraris as world travelers
Although few stop to analyze the economics, Ferraris have always been an arbitrage trade, the practice of taking advantage of price, currency, and economic differentials between markets. As arbitrage examples, Ferraris first came to the U.S. in the 1950s and ’60s, when the U.S. economy was booming, the dollar was king, and Italy was recovering from the disaster of WWII.

Just as the Iraq war is bleeding America, the Vietnam war was financially devastating and many Ferraris flowed back to Europe in the late 1970s. In the 1980s, the dollar was again strong and Ferraris came back to the U.S. From 1985 to 1990, when the yen doubled in value relative to the dollar, thousands of Ferraris went to Japan, only to come back in the late 1990s. Today’s example shows Ferraris going to Europe and elsewhere, because the U.S. economy and the dollar are in the tank.

The Fed’s ongoing actions will guarantee the dollar remains weak for several years to come, and printing presses pounding out dollars will push inflation ever higher. New wealth is continually being created worldwide, and as communication and transportation become easier, Ferraris are liquid and transportable.

Like art, gold, and diamonds, they can be on a plane and moved quickly to multiple markets, and will always have a much higher pride-of-ownership factor than Treasury bonds. Over the last few years, real estate and the stock market have proven to be the wrong investments. Better a Ferrari in your garage than a house in foreclosure.