Eight Ferraris to Aim For 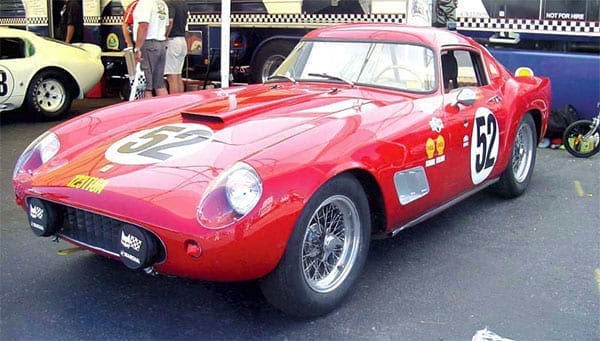 Eight Ferraris to Aim For

The FXX is the latest Ferrari supercar, and in all ways but one trumps every Ferrari sold to the public before it. It’s failing? It is a track-only car, and is not designed to be driven on the street (although you can bet enterprising enthusiasts everywhere will find a way to slap dealer or test [“provo”] plates on theirs for the run to Cavallino). However, once upon a time, the most memorable Ferraris were genuinely dual purpose, designed to be driven on both street and track. Which is where Ferrari’s legend of performance all began. Let’s examine some of the key models, starting in 1949.

THE 166 MM
As Italy returned to what passes for normalcy after WWII, Enzo Ferrari returned to racing. Because Italy hosted road races such as the Mille Miglia, the Targa Florio, and the Tour de Sicily, Ferrari built a series of dual-purpose cars able to dominate GT races and transport the wealthy in style.

Thirty-two 166 MMs were built. Twenty-six were bodied by Touring as Barchettas and four as Berlinettas. Zagato and Vignale each bodied one car as well. The 166 MM evolved into the 195 and the 212, and several cars were fitted with the larger Lampredi V12 to become the 275 and later 340. Racing success continued through 1952.

THE 250 LWB “TDF”
As competition increased, Ferrari introduced the 250 LWB with S/N 0503 GT, delivered in April 1955. The car immediately won the GT class in the Tour de Sicily and the Mille Miglia. Shortly after, 250 LWB S/N 0557 won the Tour de France, earning the nickname TdF.

In 1956 Ferrari built only ten cars, with eight bodied by Scaglietti in a style similar to Pinin Farina’s 250 and 375 Mille Miglias, and two by Zagato. For 1957 Scaglietti built ten cars with 14 louvers, there were two Zagato-bodied lightweights, and 15 cars with covered-headlights and three louvers. For 1958, 29 covered headlight cars were built, and for 1959, a mere eleven cars were built—nine with open headlights and two with covered headlights.

THE 250 SWB
The line between race and road cars widened when Ferrari introduced the 250 SWB in 1959 as a smaller, faster replacement for the 250 LWB.

THE 365 GTB/4 DAYTONA
While the 275 GTB and GTB/4 were sought-after road cars, they didn’t have the overwhelming successes of their predecessors. The next supercar arrived with the 365 GTB/4 in 1968. Conceived as the ultimate Grand Touring car, the 365 GTB/4 Daytona was, to quote Road & Track, “the best sports car in the world. Or the best GT. Take your choice; it’s both.” Buyers agreed and bought 1,279 Daytonas of which 122 were spyders.

With its abrupt tail, four menacing exhaust pipes, and aggressive “tail up-nose down” stance, the sleek Daytona represents the pinnacle of front-engined exotic car styling. Add 350 hp and a shrieking exhaust, and you have the ultimate ’70s supercar. Daytonas dominated FIA GT classes, with class wins at Le Mans and the Tour de France.

THE 288 GTO
The 288 GTO appeared in the mid-’80s. Aimed at the Group B rally series, the 288 GTO was also the top-of-the-line road car. In street trim, its twin-turbocharged V8 produces a massive 400 hp, with 365 ft-lbs of torque at 3,800 rpm. With 0–60 mph in under five seconds and top speed of 190 mph, it was the world’s fastest production car in 1984. Even better, a 288 GTO is a tractable road car, with power windows and air conditioning. With only 272 built, it remains the first modern Ferrari supercar with performance beyond the capabilities of most owners.

THE F40
Introduced in June 1987, the F40 celebrated 40 years of Ferrari. It was derived from the 288 GTO Evoluzione and combined raw-;edged styling with state-of-the-art engine, body, and chassis. Cost was no object—it featured a carbon fiber and Kevlar body with a steel space-frame and a 478-hp, intercooled, twin-turbo V8.

Formula One-sized wheels and a wind tunnel-tested body gave a 201-mph top speed and 0–60 times in the low 4 seconds. The F40 replaced the 288 GTO as fastest production car on the planet, and is equally tractable in town. Announced initially being low production, 1,311 cars (more than the total number of Daytonas) were eventually built.

F40 GT S/N 80742 won the Italian GT series in 1993, and F40 LM GTEs had four wins and 13 podium finishes in the BPR series. They might have done even better with factory support.

THE F50
“Fifty years of racing, 50 years of winning, 50 years of hard work.” With these words Luca di Montezemolo, head of Ferrari, introduced the F50 at the Auto Museum in Geneva, Switzerland, in 1995.

Ferrari announced that 349 F50s would be built, one less than supposed market demand. Only 56 U.S. F50s were built, making it the most exclusive Ferrari of its era.

Thanks to the rigid composite tub, the F50 is a spyder with staggering 200-mph performance. The normally aspirated V12, form-fitting composite seats in Connolly leather, and adjustable pedals make the F50 far more user-friendly than the F40. Only three F50 GTs were built but none ever raced.

THE ENZO
Named after El Commendatore himself, Ferrari’s latest bad boy combines Star Wars styling with F1 technology. Only 399 Enzos were sold to favored clients from 2002 to 2004. Thanks to input from the F1 program, the driving experience is a new world.

The carbon fiber tub is driven by a 660-hp, 5,998-cc Tipo L140 V12 engine that produces 650 hp at 7,800 rpm. It rockets the Enzo from 0–60 mph in 3.6 seconds, and top speed is almost 220 mph. Active aerodynamics, launch control, and a myriad of driver aids make the Enzo the most user-friendly supercar to date. And once again Ferrari had the fastest production car in the world.

This brings us back to the FXX, which Ferrari introduced in December 2005. It’s the ultimate test of “my wallet is bigger than yours.” Only 29 were made for people able to spend an additional $1,827,000 over a basic Enzo—this for a car few of them can drive to any fraction of its capabilities.

As I have said before, the world of Ferrari owners and collectors has really split into two distinct groups. The first collects old cars—Daytona and earlier—and enjoys the limited (by today’s standards) performance capabilities and the crude ergonomics.

The second group just wants to get into a supercar, turn the key, and become a trackday Schumacher. Part of the magic of Ferrari is that in this case, you can have the old or new performance any way you want. Just be prepared to write the check.