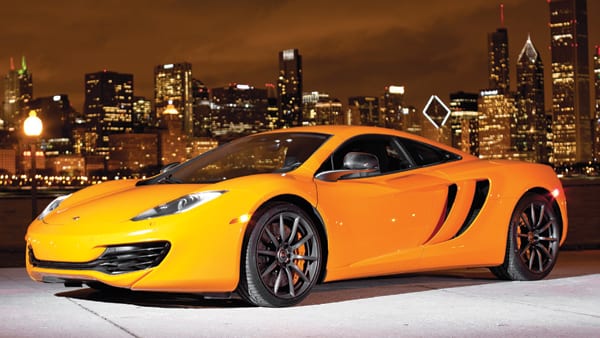 This column began with a search for a very-early production 2012 458 Spider for a client willing to pay the price of exclusivity. Conversations with the owner or sales manager at almost every Ferrari dealership in the U.S. quickly led into long discussions about the politics of new car allocations, the possibility of “extra cars” and comparisons between Ferrari and the other makes each dealer carried. Ferrari is the only market-based car maker, and it sells about 6,500 cars a year. Ferrari could build and sell thousands more, while all other exotic manufacturers are production-based and build every car they hope they can sell — and more.

Ferrari leads the pack
Ferrari dealers can’t order cars for inventory, as every car must be pre-sold to a client, which creates demand.

Maserati back from the brink
Ferrari took control of Maserati in 1999, opened an all-new factory in 2001 and took Maserati from the brink of bankruptcy to state-of-the-art manufacturing. In 2002, an all-new Maserati GT brought Maserati back into the U.S. market. The Quattroporte followed in 2005 and the Gran Turismo in 2006. Alas, Maseratis are too exotic for middle America and only outsell Ferrari on the West Coast and Florida. As more than one dealer said, “We only outsell Ferrari because we have Maseratis in the showroom, and we can always get more.”

At a recent dealer meeting, Maserati announced plans to spend £1.2 billion ($1.6 billion) to take worldwide Maserati sales to 60,000 units per year by 2015, which is a massively optimistic and ambitious plan. Supply now exceeds demand, so what happens when production increases by ten times?

Down the road at Lamborghini
Lamborghini was purchased by VW-Audi in 1998 and was wrapped into four companies, Lamborghini Spa (cars); Motori Marini (marine engines); Arti Marca (accessories) and VW-Audi Italy. Clearly, the swapping of tax credits between these companies helped absorb the cost of purchase. The Diablo-based Murciélago was introduced in 2001, followed by the smaller and all-new Audi-based V10-equipped Gallardo in 2004. Murciélago production ended in late 2010 and was replaced by the Lamborghini Aventador as a 2012 model. Always a very niche brand, total Lamborghini production peaked at a high of 2,580 units in 2007. Today, Lamborghini has 29 dealers in the U.S. and Canada, with about 300 projected sales in the U.S. and 1,300 worldwide. Lamborghini production is a rounding-off error for the huge VW-Audi company. How many do you want?

Rolls-Royce keeps a stiff upper lip
In what has to be described as a major corporate “oops,” VW beat out BMW to buy Rolls-Royce in 1998 for $670m, which included the Crewe works, the Rolls-Royce “Spirit of Ecstasy” mascot and the radiator grille — but not the rights to the Rolls-Royce name needed to build cars!

BMW later bought the Rolls-Royce name and “RR” logo for another $62m — but not the right to build Rolls-Royce cars! In a complicated Teutonic trade, BMW was given all rights to Rolls-Royce cars, while VW got Bentley.

In 2003, BMW introduced the all-new Rolls Phantom as a 2004 model with a stated goal of selling 1,400 cars worldwide. Rolls didn’t reach 1,000 units until 2007, and then only thanks to the new Drophead. An all-new and smaller Rolls-Royce Ghost was announced in 2009 as an alternative to the Bentley Spur 4-door. The Ghost has revived sales, with about 2,800 units for 2011. It’s expensive, but it is in stock.

Aston Martin
The very successful, Jaguar-based Aston Martin DB7 ended production in 2003, and it was replaced by the all-new aluminum-and-composite DB9 in 2005. DB9 production is being wound down, to be replaced by the new Aston Virage. Aston’s Gaydon facility can build 5,000 cars per year, but it has never reached that level. Total U.S. sales for 2011 will be about 950 cars, and worldwide production will be in the 3,000-car range. Ford sold most of Aston in 2006, and so Aston desperately needs a parent company. What color would you like?

McLaren, the new boy in town
In 2011, McLaren began shipping the all-new MP4-12Cs to 35 dealers worldwide, with eight in the U.S. and two in Canada. Multiple Ferrari dealers across the world are also McLaren dealers — and this makes them persona non grata at Ferrari. This is a complicated political situation, as these dual Ferrari-McLaren dealers are often the biggest dealers in the biggest markets. The first U.S. model MP4-12Cs arrived in December. Each of the eight U.S. dealers has a huge market area, and all expect to sell their full allocation at full sticker price — with a generous margin to the dealer, which potentially makes their new McLaren franchises more valuable than their Ferrari franchises. Sold out, for now…

The big picture
Whether they are market— or production—driven outfits, each of these manufacturers has a global marketing plan — but they are all susceptible to economic downturns.

Most have well-capitalized major manufacturer ownership, but automotive factories break even at 75% to 80% of total potential production — and most lag far behind. The latest-greatest model always sells well, but demand quickly fades.

Ferrari’s success is obviously based on a regular supply of new and ever-more exotic models, while most other exotic car builders are two-trick-ponies without new steeds in the stable to bring in new buyers. The Asian market has helped all exotic manufacturers, and most now sell 25% of their total production in China. All have an abundance of image — but several lack an abundance of substance.

Success breeds success, so Ferrari is a cash cow at the current time, Bentley booms in the good years, Maserati and Rolls make little profit, and Aston and Lamborghini often lose money.