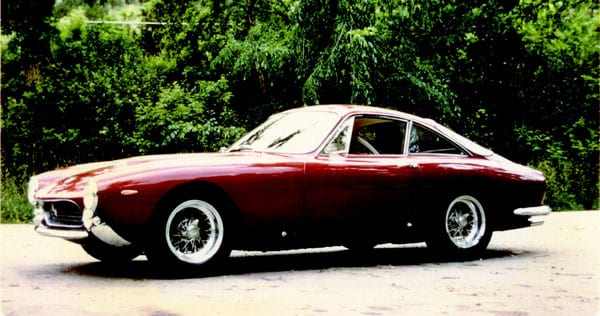 In last month’s column I discussed how Ferraris have evolved through three distinctive eras in the past 60 years:

Racing-based evolution of the Enzo Ferrari era
Mass production of the Fiat years
Even-higher-volume of the di Montezemolo era
I concluded, in part, that the Enzo-era cars are the most collectible and highest valued, while the Fiat-era cars long ago flat-lined in value, and the Montezemolo cars quickly become used cars.

From the day they left the factory, the Enzo cars were sought after, and even as they aged, the most desirable commanded prices that went far beyond transportation value.

Even in today’s unsettled economy, the same project Lusso would still bring an easy $250,000, now the price of a fleet of new VWs, or the cost of a moderate house in middle America. Although prices are down from six months ago, the Enzo-era cars remain the Gold Standard of collector cars.

Fiat era less collectible, more affordable
The Fiat-era cars play by a different set of rules and have always been less collectible and more affordable, as many more were built. Thanks to depreciation, 50% was usually knocked off the purchase price within three or four years. Over the last two decades, there have been booms and busts and inflation-related appreciation, and so today a nice Boxer will still set you back over $100,000. That number is beyond its new price and well beyond transportation value, but far less than an equivalent Enzo-era model.

Indeed, most of the Fiat-era Ferraris have maintained much of their panache, and (excluding the clumsy 400s and 412s) most trade for close to or over their “new” purchase price. Their value validates these cars as collectible, although at a large discount behind the price and desirability of their predecessors.

Putting on the brakes
The expansion of the Montezemolo era continues, and only last year Ferrari told its U.S. dealers that it expected to build nearly 7,000 new 612s, 599s, and 430s for the world market in 2009. Ferrari also planned to build nearly 3,000 new California Spyders for the 2009 world market, a major jump in Ferrari production.

At that time, the bigger U.S. Ferrari dealers had allocations of about 50 cars per year, while the smaller dealers got about 25 cars. A typical 50-car allocation would include two or three 612s, six to eight 599s, and about 40 F430s. Four to eight of the F430s would be Scuderias and another six or eight would be F430 coupes, the rest being F430 Spyders. Only last year, U.S. dealers were told to expect about one half their allocation in additional California Spyders, effectively increasing every dealer’s quota—and profits—by about 50%.

Times, economies, and business plans change, and now that Ferrari sales have slowed, the U.S. dealer network has been told it will not get its quota of new V12 and V8 Ferraris for November and December. Those cars either will not be built or will be allocated elsewhere, and they will not arrive as part of their January and February allotments.

This slowdown gives Ferrari dealers a chance to sell existing inventory while hopefully creating some level of demand through lack of supply. Dealers who had expected to receive 50 V12s and V8s plus half that number of California Spyders will now get only 40 cars in total, broken down to two or three 612s, six to eight 599s, three to five total F430s, plus 25 of the all-new (and hopefully fast-selling) California Spyders.

What price exclusivity?
No one knows how long or how deep this recession will be, but it is interesting to see how quickly and dramatically Ferrari has responded. Hopefully the company’s revised marketing plan hits its target, but if not, Ferrari is small enough and nimble enough to change direction. Once the economy does rebound, there is little question that Ferrari production will soon hit 10,000 cars a year. Of course, as production increases, exclusivity and collectability decreases. But as always, the reasons to buy a new Ferrari have far more to do with exclusivity and a statement of success than with collectibility.

The miracle of massive depreciation
With a “new” cost of $220,000-plus for the 456 GTs, 456 M GTs, and 550s, today’s radical drops in value are breathtaking. While the good news is that massive depreciation has or will make these cars more financially accessible, those who wrote the first check, and even the second or third checks in the ownership chain, have to question the value of exclusivity, especially as it goes away. Late-model Ferrari price declines also apply to other marques, be it the Chevy Suburban, Bentley Continental, Nissan Pathfinder, or Lamborghini Gallardo. As the economy has declined, they have all suffered major price reductions.

More affordable for enthusiasts
My crystal ball was long-ago recalled for defects, and so I will not guess where used 599s or 612s will be priced in another five to ten years, but based on what has happened to 456, 550, and 575 values, it doesn’t take a crystal ball to see where we are going. As for the 360s, with over 17,500 built, and with anywhere from 80 to 100 for sale in every issue of the Ferrari Market Letter, plus an equal number on eBay, they clearly have nowhere to go but down. Likewise the F430s. Stealing a line from Monty Python, and “looking at the bright side of life,” the good news is that all of these late model supercars will soon be far more affordable to the enthusiast who doesn’t mind driving last year’s model—and experiencing mind-boggling performance at a relatively entry-level price.