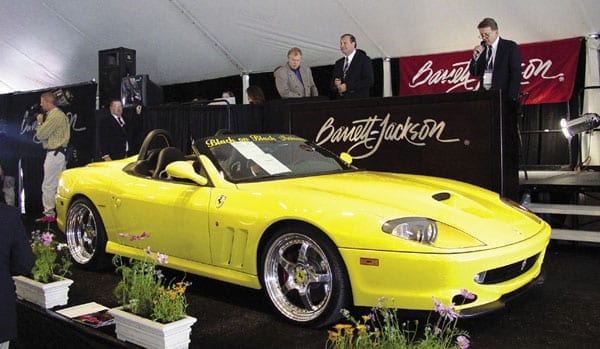 Okay, Lambo fanatics, enough! My mailbox is already over-flowing with nastiness about last month’s column comparing early Lamborghinis with the equivalent Ferraris. Your passionate defenses notwithstanding, I still maintain that while, from a technical perspective, Lamborghinis were usually more sophisticated than their Ferrari counterparts, in the real world of actually using your exotic, the early Lamborghinis were user-cruel, high-maintenance monsters.

We’re going to pick up last month’s analysis starting after the turmoil of the 1970s, when Lamborghini passed out of the hands of founder Ferruccio Lamborghini. Through the mid-1980s, the firm was relatively stable, but the need for an all-new product line with major technological and production improvements made it obvious that a financially strong partner was needed. To that end, Chrysler purchased Lamborghini on April 23, 1987, with the clear intent to produce an all-new supercar that would put Lamborghini ahead of its annoying neighbor down the road in Maranello.

Countach production for Europe and Japan ended in May 1990, and the next generation Lamborghini, the all-new Diablo, was unveiled. It was fitted with a 5.7-liter V12 pumping out 485 horsepower, an improved cockpit, softer lines, and the now traditional up-swinging doors. For the first time, a Lamborghini was a “real” supercar—user-friendly, fast, and more subdued than the flashier Ferrari Testarossa.

Diablo sales peaked in 1991, the first year of production, and only continual updates helped the model survive. In March 1993, the Diablo VT with all-wheel drive was introduced, equipped with an adjustable suspension, larger front brake scoops, a new double-row cam chain, an improved mechanical chain tensioner, and many minor improvements.

In 1995 Ferrari countered with the much-improved and restyled F512 M, narrowing the gap, but clearly leaving Lamborghini as technological leader. Interestingly enough, both the 1994–95 Diablo VT and the 1995 F512 M have a market value of about $135,000. In 1994 Lamborghini presented the Diablo SE (Special Edition) to celebrate its 30th anniversary. Equipped with two-wheel drive, many carbon fiber parts, and less sound-deadening material, only 26 cars were built for the U.S. market, making the SE one of the more collectable Lamborghinis.

In the same year, Chrysler Corporation agreed to sell Automobili Lamborghini to an Indonesian consortium, which, over the next eight years continued to “evolve” the Diablo. This led to a series of exclusive limited-edition models, including the Diablo SV from 1997–99; the Diablo VT Roadster from 1996–2000; the Diablo VT 6.0, built from 2000–01; and the carbon-fiber-bodied Diablo VT 6.0 SE in 2001. Each became flashier and faster, and the Diablo continued to be the supercar of choice for rock stars and sports celebrities.

Audi entered the picture on July 24, 1998, when an agreement between the shareholders of Lamborghini was reached that ultimately led to Audi s complete take-over of the “Italian” firm. Hundreds of German engineers, technicians, designers and managers went south with the intent of building a new “large” Lamborghini and an all-new “small” car to keep up with Ferrari.

Introduced as a 2002 model, the Lamborghini Murciélago (the large car) continues the traditional gull-wing doors and mid-mounted V12, with an all-new six-speed gearbox mounted in front of the engine and a rear-mounted differential with full-time four-wheel drive. Continuing Lamborghini’s exotic one-upsmanship, all external bodywork panels are carbon fiber, with the exception of the steel roof and door panels.

The Murciélago’s dry-sump V12 is 6192 cc and delivers 580 horsepower, thanks to a variable-geometry intake system and variable valve timing. Additionally, the Murciélago features a drive-by-wire electronic throttle control and “active” traction control. With a 0–60 mph time of 3.8 seconds and a top speed of just over 200 mph, the Murciélago is indeed a supercar.

Creature comforts are improved over the Diablo by widening the door-opening angle and lowering the side member directly under the door by almost ten inches. Interior room has also been improved by re-designing the roof side members and increasing the size of the footwell.

For 2004, Lamborghini has introduced its all-new “small” car, the Gallardo, aimed directly at Ferrari’s 360 Modena. Audi/Lamborghini engineers chose to use a structural aluminum space frame for the baby Lambo, giving the car a dry weight of only 3,250 pounds. The permanent-all-whee-drive Gallardo is powered by a mid-mounted 5-liter, dry-sump V10 producing some 500 horsepower and rocketing to a respectable 193 mph using a six-speed gearbox or the now de rigeur paddle shifter. Its 0–60 mph time is a staggering 4.2 seconds.

In 2002, Lamborghini built 430 Murciélagos. With early delivery of the Gallardo to Europe, production for 2003 jumped to 1,025 cars. With its current facility and about 700 employees, Lamborghini can build 2,000 cars a year at most. Ferrari’s 1,600-plus employees, current manufacturing facilities, and corporate “exclusivity” policy limit total production to just over 4,000 cars per year.

There’s no question that over the past 14 years, Lamborghini has closed the gap with Ferrari, and the recent infusion of German technology has been nothing but good. After all, can you imagine a German putting up with an early Lambo’s electrics?

While with supercars it’s always been a case of, “you pay your money and you make your choices,” at least today the choices between Ferrari and Lamborghini are both good ones.