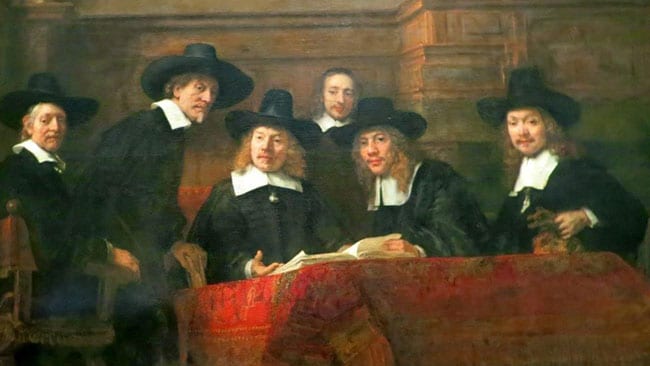 Marketing theory from the 1600s
Readers of this article are familiar with the world of collector car auctions. The auctioneer starts with a high price, reads the crowd’s reaction, lowers the price until someone places a bid, and then works the crowd to push the price ever higher. The next bid must exceed the current highest bid. In a perfect world, there are multiple eager bidders and the auctioneer can work one bidder against the other in the hope that the energy of the crowd, the suspense of the next bid, the excitement of the hunt, a rising market, adrenaline and free flowing alcohol will keep the bid price climbing.

Today’s collector car format is traditionally known as an English auction, also known as an open ascending price auction, and dates back to England in the 1700s, as London had become the world’s center of finance and commerce. Sotheby’s, founded in London in 1744, is the oldest of the English auction houses, with Christies following in 1766 and Bonham’s in 1793. The English auction typically has a long lead time with marketing by the traditional auction catalogs, a tradition started by Christies in 1766, and today, mass internet marketing. Inspections are normally done on the day of sale, giving most buyers little time for document reviews or pre-purchase inspections and no chance for a test drive. This well established format is customarily used for collector cars, works of art and real estate. In the US, high water prices are traditionally attained at major venues such as Scottsdale, Amelia Island and the Monterey weekend, where huge crowds of well-heeled aficionados gather to meet, see-and-be-seen and compete at shows, races and on the auction floor. The larger the crowd, the greater the energy, the higher the bid.

A quick study in the Economic history of Botany
Conversely the Dutch auction, or open descending price auction, dates back a century earlier to the Golden Age of Holland in which the Dutch dominated sea trade, science and art. The wealth of Dutch traders led to the world’s first recorded speculative bubble, the Tulip Madness of 1600 to 1637. At the peak of Tulip Mania, in March 1637, the most sought after Tulip bulbs sold for a dozen times the annual income of a skilled craftsman. For those not into gardening, the Tulip blooms in April and May before returning to its bulb form for another month during which it can be dug up, sold or traded. The rest of the year, the Tulip must be in dirt and doesn’t show a flower. In the early days of horticultural evolution, it took 7–12 years to grow a Tulip from a seed to a tradable asset, the bulb. And while the actual Tulip bulb could only be traded for 3 months a year, the market and demand were year round.

Because of the botanical limitations of the Tulip combined with a speculative frenzy, the tulip market saw a rapidly growing demand curve, a relatively fixed supply curve and an extremely long production cycle. In the early 1600s Amsterdam was then the world’s center of commerce, and so the Dutch invented much of modern finance, including spot markets, mark-to-market margins, short selling and futures markets. At the market peak, the Dutch Parliament passed a law that all futures contracts could be canceled at any point if the buyer paid the seller 3.5% of the contract price, creating the option! As should be expected, this government intervention led to unintended consequences as it allowed traders to increase their bets through massive leverage, with minimal downside.

Making the sale quick and easy
The Dutch Exchange saw that the best solution to the short marketing window and a perishable commodity was selling quickly, to do it with as few bids as possible, while getting as high a price as possible. The auctioneer begins with a high asking price which is lowered until a bidder accepts the auctioneer’s price, or a predetermined reserve price (the seller’s minimum acceptable price) is reached. The winning participant pays the last offered price.

The Dutch auction is efficient when the owner is motivated to sell or in a declining market, since a sale never requires more than one bid. In theory, the Dutch auction guarantees that the best possible price is obtained, in contrast to an English auction where the winning bidder may have been prepared to bid considerably more. In modern Finance, US Treasury “T Bill” offerings are Dutch auctions, as are some Corporate repurchases. Google’s IPO was an example of a massive Dutch auction.

Car dealers as Dutch auctioneers
Although few ever bother to think about the mechanism, for decades every new and used car dealer, selling anything from new Bentleys to beater-drivers to collectable Ferraris, is running a Dutch auction. While the English Auction has the advantage of long lead time, mass catalogue mailings and huge crowds, new and used car dealers compete thanks to the marketing power of the internet, huge subscriber databases and mass inventory updates and e-mailers. A dealer’s “authorized price reduction” is effectively the same thing as an auctioneer dropping the price.

In a rising market, cars sell quickly for close to full asking price. In a dropping market, the seller is chasing the market down, searching for a bid. While collectable cars have an unnatural emotional attachment to most of us, they are still a physical asset. Sometimes the seller gets lucky and finds the buyer who will buy at all costs, but more typically it is a market driven asset, and needs to be priced at par plus or minus 5%–10% to achieve an acceptable transaction for all parties.

eBay and other options
Founded in 1995 by Pierre Omidyar, eBay has become a global behemoth that offers a multiple of marketing options. The advantage is that there’s a huge audience with a wide variety of potential buyers, although most are lookers as opposed to buyers. A seller can use the English format, start at a low price (with a reserve) and use a short time line, (usually a week or two), and hope there’s a bidding war. Normally the bids are low until the last few minutes of the sale, when buyers hope to be the last bid, but only if the price is right. Adding a “Buy it now” price will hopefully incentivize buyers, as it ends the bidding and links directly to the buyer’s PayPal account, so payment is, in theory, guaranteed. EBay is a good market source for both buyers and sellers of entry-level Ferraris up to about $100k, but above that price point the buyer’s pool grows very thin.

The joys of going Dutch
Without getting into the exotica of Japanese auctions, No-reserve auctions, top-up auctions and endless other variants, each of the more popular venues has its advantages and its drawbacks. The traditional English style collector car auction works well in a rising market, but gives each car only a few minutes of marketing time on the block, and the “no-sales” often go home with their would-be seller or are shipped off to yet another auction. Additionally, in the current market, the auction houses will usually only take cars with a low reserve. Conversely, the Dutch style auction offered by dealers stretches over days or weeks, giving both buyer and seller time for bids and counter-bids. It’s also possible to take a trade, or allow for the sale of a trade, schedule an inspection or arrange financing or leasing, options not generally available at a collector car auction. Experience tells us that the first offer is often the best offer, and too much time kills deals. As for the mass appeal of eBay, it’s best suited to entry-level $100k cars, as higher-end buyers rarely have the time or patience to troll eBay.

Whichever method you may choose is dictated by the value of the car you want to sell, your willingness to give both your car and your title to an auction house for months, versus your faith in the dealer of your choice, a desire for privacy and the urgency of the sale. Regardless which you choose, the seller can pick the venue, but the buyers dictate the price!