Highs and Whys in Monterey 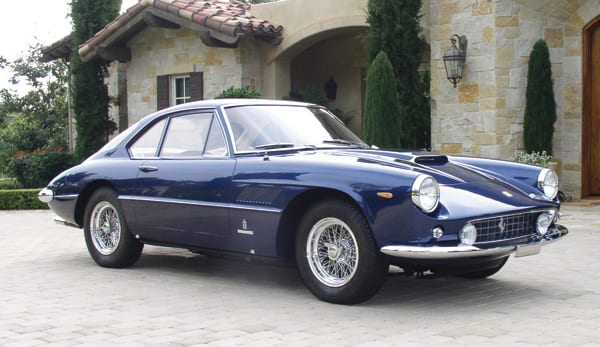 Highs and Whys in Monterey

The weekend’s total was $139 million in sales, and it was obvious that just as Monterey had the largest number of high-end Ferraris ever on offer, Monterey also had the distinction of having the largest single number of Ferrari buyers in one place, at one time.

This is indeed a wild ride for the American economy and by default, the world’s economy, because of the quadruple shock of the housing market collapse and the resultant subprime crisis as home values plummeted. Both these events led to punches three and four, a credit crunch and skyrocketing oil, food, and commodity prices. Through all of this doom and gloom, Ferrari prices have risen to all-time highs, with the more desirable models now well past the 1989 peaks. But all markets are fluid, and so there were a record number of high-end Ferraris on offer at Monterey because of multiple factors in play.

Many reasons to sell now
We are going through a double-generational shift, as those collectors who fought in WWII, Korea, or the early stages of the Vietnam war—the fathers or older brothers of the Baby Boomers—make estate plans before moving on to that great concours in the sky, and their cars are coming up for sale. Joining that group are the younger but ready-to-retire Boomers, many of whom have owned Ferraris for decades and are eager to sell at all-time high prices.

Another factor all too clear to those who follow the financial markets is that the euro has been on a steady climb, starting with a low of €.80 to the dollar in October 2002 and peaking at a high of €1.60 to the dollar in April of this year. Europe is now sinking into its own recession. Markets inevitably go too high and then overcorrect to the other extreme, and so many people believe that the falling euro and the rising dollar will slow the European-buying Ferrari market and will drive European buyers into hibernation now that their 50% off sale (in dollar vs. euro terms) is over.

Adding to the drive to sell, many Ferrari owners are Republicans, and should presidential candidate Barack Obama win, he has made it clear that he will raise taxes across the board. The fear of a deepening recession driven by higher taxes and more government spending has some long-term owners running for the exits, wary of a sinking market and substantially higher capital gains on their collectibles. Their mantra is to sell now while capital gains taxes are low.

Whether it is a fear of a growing worldwide recession, low housing and high oil and commodity prices, a desire to take money off the table, WWII vets and aging Baby Boomers making retirement plans, fear of a falling euro, an Obama presidency, or myriad other reasons, our phone calls and emails are way up as more buyers are ready to sell. Needless to say, a deepening recession and more cars coming to market can only lead to lower prices.

Ferrari market, like muscle, will correct
Today the Ferrari market is where the muscle car market was at Barrett-Jackson two years ago. That market had risen to all-time highs, while the deepening housing crunch was driving blue collar muscle car owners to sell. The market had to correct and it did so in the last two years. While the muscle car market has been in a steady decline, it certainly has not been a crash, and the best of the best continue to sell well, although not at 2006 peak prices.

In the same way, the Ferrari market will correct, with the best cars still selling, although at steady rather than record prices. If not, a steel-bodied 250 SWB would have to bring $5.5 million, a great 4-cam $2.5 million, and a 400 Superamerica north of $2 million at next year’s Monterey auctions for the market to continue its relentless climb. In my opinion, the economy cannot sustain more growth.

As the pool of buyers dwindles and only the strongest remain, they will pursue the greatest coachbuilt and GT cars—the 410, 400, Superfast, the 275 and 330 GTS, and the 275 GTB—which will still sell easily. Middle-of-the-road cars will sell, but at a discount, while bitsa cars or cars with stories now sell at a steep discount.

Taking emotion out of the equation, Ferraris are not cars, but commodities, and their value is a reflection of the ever-changing economic world in which they change hands. As with all markets, it’s simply a case of supply versus demand. Right now, the supply is ramping up and demand is winding down.