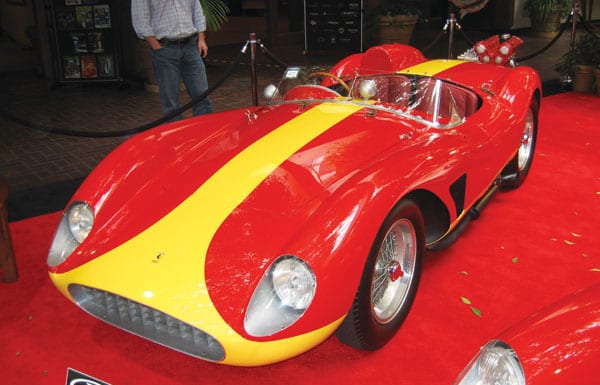 In my two previous columns, I divided Ferraris into the Enzo-era cars (1947–73), the Fia-era cars (1973–91), and the Montezemolo-era cars (1991–present), and I outlined how each generation fared differently in the current economy.

But I didn’t go into how many Ferraris exist and where they are, which elicited a request from Chris Current, Chief Judge of the Ferrari Club of America, asking in part:

Extrapolating from 2+2s
I belong to a group of obsessive-compulsive Ferrari historians, and within our group are aficionados who track individual Ferrari models. So I asked for a breakdown of the cars they track, by country. As an example of the detailed information within the group, Bill Preston, who runs the 250 GTE registry, had detailed information on 777 of the 961 250 GTEs, with 184 as black holes in his database.

Montezemolo’s revenge
The Montezemolo cars start in 1991 at about s/n 98395, and the highest VINs are in the 165500 s/n range, for a total of about 67,500 cars built. While the U.S. once dominated the world’s economies and absorbed the largest proportion of Ferrari sales, we are now in a far more global market. The final 2007 numbers are not in, but Ferrari notes 5,700 units sold worldwide in 2006, with 1,635 of them in North America. Canadian sales are small, so reckon on about 28% of current production coming to the U.S.

The U.S. total comes to 5,500 Enzo-era Ferraris, 13,000 Fiat-era Ferraris, and another 18,900 Montezemolo-era Ferraris, for a total of about 37,400 Ferraris in the U.S. That gives the Ferrari Club of America ample room to add to its reported 5,000 existing members, although I understand that number has dwindled to 4,700 in the last few months.

As I was wrapping up this column, Bill Preston recommended a new and fastidiously well-researched book, Handbuch der Ferrari Seriennummern, by Matthias Urban, written in both English and German (in the same book). Within 979 pages of fine print covering serial numbers from 001 up through 152537 (a 2007 599 GTB Fiorano), Urban lists not only the car built, but also the cars not built. Alas, time constraints (and my pay scale) mean that cross-checking about 35,000 serial numbers to find cars that were not built will have to wait for another column.