In Defense of Fossil Fuels 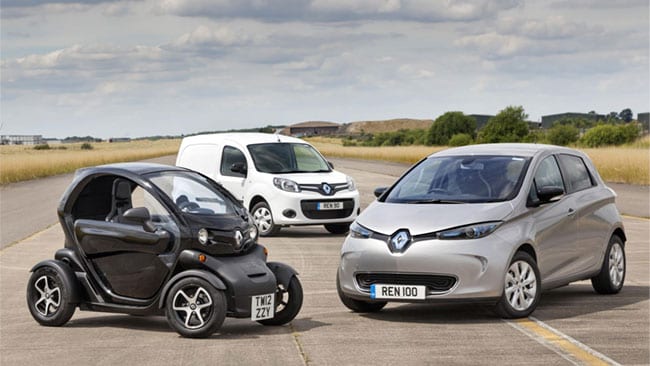 In Defense of Fossil Fuels

Where we left off
In my previous column, The Death of Fossil Fuels, I pointed out that politicians in Norway and Holland have pushed to eliminate ALL new gasoline and diesel-powered cars by 2025, England, Germany and India by 2030 and France by 2040. The threat of climate change, the desire of politicians to be re-elected and politically-correct public opinion are now moving Europe and the world towards emissions-free electric cars. I also pointed out that Zero Emission Vehicles (ZEVs) and Electric Vehicle (EVs) came into being compliments of the California Air Resources Board (CARB) when California mandated that all manufacturers build and sell an ever-increasing percentage of “zero-emission” vehicles, supported by substantial tax credits and corporate-welfare to those who built ZEVs.

As I also wrote last month, this column is not meant as a denial of Global Warming. I’m not anti-Green, anti-EV or anti-ZEV, instead I merely point out that both EVs and ZEVs, to date, are far less Green than claimed when viewed in the context of the massive, unprecedented, update in the electrical infrastructure needed, which will be equally as massively subsidized by your tax dollars. Tesla’s Elon Musk’s genius has been in foreseeing the massive subsidies that governments worldwide would provide to suppliers of green technologies. U.S. Federal and state governments have given Tesla, Solar City and Space-X almost $5B through direct grants, cut-rate loans, tax credits and rebates, making Tesla a compliance company that makes cars, subsidized by massive Pigouvian corporate welfare.

Power me up
To paraphrase Al Gore, the inconvenient truth is that, at the end of 2016 a mere 14.94% of total US electrical generation came from renewables, with hydro at 6.52%; wind at 5.56%; solar at .90% plus others such as Geothermal and Biomass. Think hard about those numbers. The reality is that 84.88% of all electric power used to charge ZEVs and EVs still comes from fossil fuels such as gas at 34.16%; coal at 30.40%; oil at .58% and the dreaded Nuclear at 19.74% [1]. When one adds in the days without wind for windfarms and nights without sunlight for solar generation, plus the power loss in the battery recharging process, which can be up to 20% [2], it’s hard to justify the massive subsidies supporting the ZEV industry.

Total EV and ZEV sales in the US are only about 1% of new cars sold and 0.2% of our total automobile fleet. At these numbers, they aren’t yet taxing our electrical grid or fighting each other for the roughly 44,000 public charging stations now available in the U.S. If Tesla does indeed build 500,000 cars in 2018 and the Chevy Bolt, Nissan Leaf and the many others combine to build an equal number of ZEVs, both charging stations and the electrical infrastructure will be overwhelmed. Chargepoint, which now has the largest U.S. network of charging stations, believes the infrastructure will be built to match the production increases. However, we need only look back to the bankruptcies of the US government backed Solyndra; Fisker; Evergreen Solar; SpectraWatt; Ecotality [3] and many more to know that the government doesn’t always back the right horse and the certainty that your tax dollars will pay for the government’s bad bets.

Batteries versus fossil fuels
EVs and ZEVs run on lithium and cobalt based batteries. Lithium is highly corrosive and is found in Chile, China, Argentina and Australia with very little in the US. As per Elon Musk, Tesla will need 27,000 metric tons (70% of the world’s production) of Lithium to supply the 500,000 cars Tesla hopes to build in 2018. In 2012 lithium traded at $4,500 per metric ton, in 2017 the price has doubled to $9,100 a ton [4]. In the same period oil has gone from over $100 a barrel to today’s $50 a barrel. While global oil production was once under the control of OPEC, thanks to fracking the US today is now oil-independent. In the politically-correct rush to solve global warming we’ve traded oil, a well proven natural resource with an established infrastructure, (both of which the US has in abundance), for an oligopoly of four, controlled by China, and China has its own plans for global ZEV dominance.

As for Cobalt, a ZEV needs about 15kg (33lb). Tesla will need 7,800 tons of cobalt in 2018 to meet production goals. The Democratic Republic of Congo (which is anything but Democratic) has 60% of the world’s cobalt reserves, where, according to the UN’s International Labor Organization, as many as 40,000 children are used to dig the highly toxic cobalt ore from surface mines, making the region among the ten most polluted in the world. Chinese middle-men have a stranglehold in the DRC, buying raw cobalt from the Katanga mines which is then sent to minerals giant Zhejiang Huayou Cobalt in China and then on to a complex supply chain feeding giant multinationals. Cobalt has the potential to be to the 21st century what conflict diamonds were to the 20th [5].

Worldwide Cobalt Reserves – source: USGS
Pump versus plug
Today public charging stations are primarily in coastal cities and wealthy suburbs where early adopters reside, but can’t begin to support the projected one million EVs and ZEVs due to hit the roads in 2018. As for home charging, if you live in an apartment and don’t have designated parking that will allow you to install a charger, you have a problem. If you’re like me and live in a condo with your own garage, we’re on a common meter and so limited to a 110-volt slow charge.

Charging etiquette has become problematic. Because of range anxiety, most EV and ZEV owners will plug in if they can find an open EV parking space and charger, causing charging congestion. In California and other states, it’s now illegal for any car to be parked in an EV-only spot unless it is actively charging. If you’ve found a charger and you’re shopping, at dinner or a movie and on a one-hour charge, when that hour is up you have to go back to the car park, unplug your car and then find another parking spot.

Fossil Fuels fight back
In response to last month’s column, Kevin Kalkhoven, the owner of Cosworth Engineering (of F1 and Indy car engine fame) wrote that “the thermal efficiency of an ICE {Internal Combustion Engine} is typically in the order of 20-25%. Diesel 30-35%. In other words the majority of the energy produced in gasoline engines is wasted. The by-products are noxious emissions and heat. However, at Cosworth we are already designing and prototyping road engines at 42+% thermal efficiencies. Thus nearly halving emissions.”…

Kevin also wrote that “It is conceivable to think of 50% thermal efficiency within a relatively short period of time. Now couple this with a hybrid capability which is GPS located within low emissions zones and we have a realistic scenario that very easily could resolve the issue of pollution and the practical issues of enough electrical grid power and EV range”.

Further, Brian Wolfe, the Director of Global Engine Engineering for Ford wrote that “our Eco Boost and electrified powertrains have a thermal efficiency ranging from 36% to more than 40%. So we agree the days of 25% thermal efficiency referenced are of times long ago, we see future engines being in the 41%+ range as referenced”.

Bottom line, just as EVs and ZEVs are rapidly improving their usable range, the faithful ICE is also rapidly improving mileage while substantially lowering emissions, and doing both without the benefit of lots of your tax dollars. Even better, with 160,000 gas stations in the US, equipped with well over 2,000,000 pumps, you can “recharge” in minutes anywhere in the US.

But wait, it gets better! The CAFE (Corporate Average Fuel Economy) mileage is steadily improving, even though Americans are driving their cars longer than ever, thanks to ever-higher quality standards and post-recession financial concerns. The average age of vehicles in the U.S. has climbed to a record 11.5 years, and of the 260m cars on US roads, about 120m are 6 to 14 years old. Older cars with lots of miles are less fuel efficient and 200,000 miles has become the new 100,000 miles. As old ICE cars are replaced, CAFE numbers will only go up. Since enactment by Congress in 1975, the CAFE numbers have gone from 13.5 mpg in 1975 to 27.5 mpg in 1985 and 34.1 mpg today, with a proposed 54.5 mpg by 2025, although the semantics of those numbers are a subject for another day, another column.

The easy money ends
Each automaker’s ZEVs or EVs receive a federal credit up to $7,500 until the 200,000th plug-in is registered inside the US, when a countdown for phase out of the credit begins. Since the laws are arcane, at the 200,000th sale the full $7,500 credit continues through the end of the current quarter and to the completion of the next quarter. After this period ends the “phase-out” begins, meaning the credit is reduced to $3,750 for the next six months, then to $1,875 for the next six months before expiring completely. As the tax credits go away, so go EV sales. Tesla sold 2,738 cars in Denmark in 2015, thanks to government subsidies, but sales dropped to 176 cars in 2016, a 94% drop when the tax credits went away [6]. Similarly, in Hong Kong 2,939 Teslas were sold in just March 2017 but sales dropped to zero in April before bouncing back to a mere 5 cars sold in May [7]. Buyers vote with their wallets.

About half of all Teslas—and 40% of all plug-in cars—are registered in California. So far, that amounts to only 100,000 cars out of 13.2 million cars on the road. But forget the coastal elitist assumption that as San Francisco goes, so goes the nation. Once one leaves the big coastal cities, most of our landmass (“flyover country”) will use fossil fuels for decades. Interstate gas stations have a dozen or more pumps and filling the tank on a car or truck takes a few minutes. How many charging stations are needed, how big are the charging facilities and how big a rest stop restaurant is needed when ZEVs need an hour for a charge? A conservative estimate would be 10 times as many charging stations as pumps, requiring massive interstate rest stops. Consider just how much coffee one would have to drink at charging stations crossing New Mexico, let alone crossing Texas, while waiting for your car to charge?

There is no doubt that EVs and ZEVs are a major part of the automotive future, but they are not the “silver-bullet”. Silver-bullets only exist in old episodes of “The Lone Ranger”. In the last decade the US has eliminated the dependence on middle-eastern oil, becoming fossil fuel energy independent. Do we want to trade that newfound energy abundance for a growing dependence on rare-earth minerals from Chile, the Congo and China?

An automotive field of dreams
New car buyers can be divided into roughly two distinct groups, those who view cars as an appliance, like the latest, greatest smart phone or fitness tracker, versus those who view cars as a major part of a mobile lifestyle, offering performance, pride of ownership, brand loyalty and the visceral experience of driving. To paraphrase Samuel Clemens, “the Death of Fossil Fuels has been greatly exaggerated.” Gasoline powered cars aren’t going to vanish in our lifetimes. The fuel is simply too energy dense and the distribution system too advanced and established to be quickly replaced. Americans love muscle cars, SUVs and pickups because they project an image of power and performance, an active lifestyle and the safety in the physics that a 4,000 lb. SUV wins any altercation with a 2,500 lb. econo-car. Perhaps people have been asking the wrong question all along. It’s not, “Why can’t they build a 300 mile ZEV?” but rather, “How many really want one?”