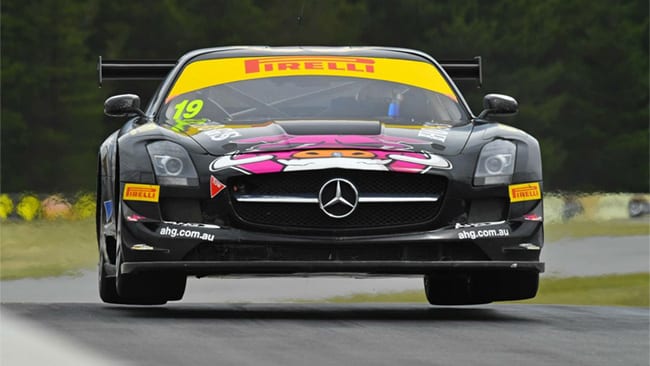 As Canada’s closest port to Japan, the Vancouver office of Transport Canada sees a regular flow of used cars coming in from Japan, Japan issues export permits in English (as the Japanese title and registration documents are unreadable to most westerners), so Transport Canada concluded that Australia must also issue export permits.

While Australia doesn’t issue export permits, we were given a sample Japanese export permit, the Australian shipping company cheerfully created an Australian Export permit and with only a week’s delay (at $175 a day for storage in Vancouver customs) AMG SLS GT3 s/n 079 was released by Transport Canada and delivered to her happy new owner.

Only a month later, in very early Jan. we sold 2012 Ferrari 458 GT3 s/n 3256 from a client in Melbourne, Australia to yet another Canadian client in Toronto. Anticipating that we would need an Export permit, the Canadian importer contacted Transport Canada for a pre-entry clearance. Alas the Toronto based offices of Transport Canada read from a different rule book, no export permit required, but they did want a letter from either Michelotto or Ferrari that stated that 458 GT3 s/n 3256 was built from day one as a race car and was not a street car converted into a race car, which can’t be imported into Canada.

In an effort to expedite the process we had the Canadian shipping/import agent explain to Transport Canada that 458 GT3s leave the Ferrari production line with all wiring, dashboard and the roll cage installed, the cabin roof in place but no sheet metal. The engines and suspension are shipped separately and then tuned by Michelotto and fitted into each car. Michelotto also installs the wide carbon fiber bodywork and Hewland gearbox and assigns a four-digit VIN number.

We supplied a link to Hanspeter Strehler’s website which details the build of Ferrari 458 GT3 s/n 3444 and clearly shows the 458 GT3 build process. Transport Canada wasn’t interested in any reasonable explanation that required them to look at websites. No letter from Ferrari, no 458 GT3.

Fortunately, the Michelotto agent for Australia was very cooperative and was scheduled to visit Michelotto in February, where he was advised that the needed letter had to come from Ferrari, not from them. Michelotto requested the letter from Ferrari which was received on 19 Feb., a six week wait.

Canada is part of what is called the “border five” which includes, Australia, New Zealand, Canada, the US & UK. They all take direction for customs initiatives from the WCO (World Customs Organization), but each country interprets things a little differently, especially with countries with two agencies, Transport Canada and CBSA (Canada Border Services Agency) making decisions on imports, often pointing the finger at each other for a decision. In the end Transport Canada didn’t give a clear yes, but didn’t give a clear no either. The letter from Ferrari confirmed that s/n 3256 was built from new as a race car, but we will continue to collect the original purchase agreement and Australian FIA (CAMS) paperwork if needed at a later date. On 21 Feb. we authorized putting s/n 3256 on the next boat to Canada.

There are many morals to this story. While Transport Canada is usually rational, they are not used to dealing with esoteric GT3 race cars. Like any bureaucracy, the sometimes-not-so-friendly-folks at Transport Canada can’t be wrong if they say “no”. Even more problematic, one can get a different and arbitrary “no” from different offices on different days. Once they or any country’s Customs issue a ruling, however irrational or problematic, you as the importer are stuck finding the answer. Transport Canada has no monopoly on intransigence. After forty-five years of selling exotics worldwide, we have endless stories of Customs in various countries being both dogmatic and difficult to deal with. Further, no one needs a race car. They’re usually an impulsive purchase and new owners don’t want to hear their new and expensive toy is being held up for weeks, let alone months, for what they consider an arbitrary reason they feel the broker should have somehow anticipated. Needless to say, the buyer expects the broker who sold the car to solve the problem, so diplomacy, patience and decades of jumping through hoops to answer capricious questions from Customs, plus a 45-year-long list of dealers, drivers, tuners, brokers, and manufacturers as contacts are a necessary virtue in the world of international exotic car sales.

Thanks to Mark Coffey, Phil Hughes, Mark Griffith and Andrew Turner in Australia, Billy Smilovsky and Phil Cahley in Canada Peter Grootswagers in Holland, Matthias Urban in Germany and Thor Thorson in the US for their feedback on this article.