Looking at the New Ferrari F430 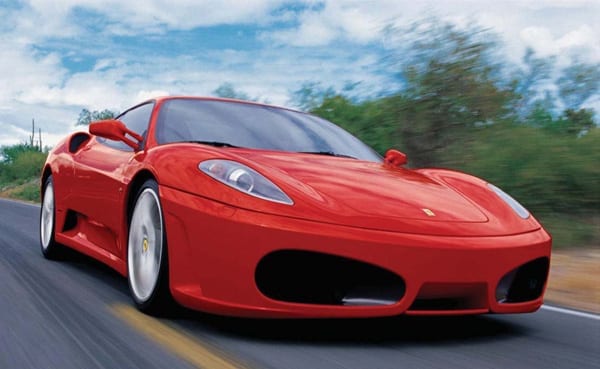 Looking at the New Ferrari F430

Ferrari is expected to define the leading edge in automotive styling and technology, and its new F430 promises to be no exception. A replacement for the 360 Modena, this new entry-level Ferrari debuted at the Paris Motor Show in late September.

It continues the “new” Ferrari look that began with the Enzo, and incorporates multiple design elements lifted from its big brother. The F430 also boasts a new 4.3-liter, 490-hp engine, a unit based on the 4.2-liter V8 now found in all Maserati models.

STYLING
The basic look of the 360 Modena, itself an evolution of the F355, has further evolved in the F430, though it is less of a styling leap than the 360 was when introduced for the 2000 model year.

In the front, the F430’s Enzo-esque headlights are near vertical, while the 360’s are horizontal. The F430’s front air intakes are larger and feature a small splitter in the middle, again, like the Enzo. The 360’s small, sculpted “nose” in the center of the bumper has been eliminated for a cleaner look, and the air duct on the trailing edge of the F430 front spoiler is also much larger than the one on the 360.

At the back, the F430’s rear air intakes and lower air intakes continue the Enzo influence, as do the taillights, mounted high on the rear fascia. The F430 has five cutouts on each side of the engine cover, compared to none on the 360 (though there are four on the 360 Challenge Stradale). The rear air diffuser is more prominent on the F430, with vertical canes similar to those found on the Enzo. The rear bumper is much more cleanly integrated into the rear body than on the 360.

The F430 is the first V8 Ferrari to feature driver aid controls on the steering wheel, as seen previously on the Enzo and 612 Scaglietti. A knob on the right—known to Ferrari F1 drivers as the manettino—controls the car’s dynamic modes (sport, race, etc.). The now de rigeur paddle shifters bang off shifts in as little as 150 milliseconds, transmitting power through Ferrari’s new electronically controlled differential, another technology lifted from its F1 team. Dual-spoke, 19-inch wheels similar to the Enzo’s are fitted, and carbon-ceramic brakes are a reported $20,000 option.

NEW AND OLD TOYS
When the F430 first arrives in the U.S. in late March or April, MSRP will be in the $200,000 range. Of course, like all new toys for rich boys, it will sell for far above window sticker on the immediate secondary market. If you are not near the top of the list with your local Ferrari dealer and want to be the first on your block to own an F430, plan on spending $245,000–$250,000 to put one in your garage.

If you’re thinking that now would be the time to get into that 360 you’ve always wanted but couldn’t afford, that’s not quite the case. Yes, prices have dropped slightly, as six months ago a fully loaded 360 coupe had a window sticker of about $185,000 and was selling for about $10,000 over on the secondary market; in early winter that number had dropped to sticker. (The 360 Spyder has seen a similar drop of about $10k, to $230,000 from its six-month-ago price of $240,000 on the secondary market for a $210,000-window-sticker car with all the bells and whistles.) But these are just minor shifts, more attributable to the uncertainty that involved the presidential election and the looming thought of snow on the ground.

Further, as Ferrari has stopped 360 production to ramp up for the F430, the supply of new cars is drying up. This ensures that prices for the last of the 360s will firm up just as spring approaches. Expect the market to stay in the $10,000-over-sticker range—and maybe even a bit more on the Spyders, as we should not expect a U.S.-model F430 Spyder until the spring of 2006.

TIMING THE MARKET
This means that if you’re in the market for a 360, you should either put down this magazine and buy while there is still snow on the ground, or plan to wait until next winter. If you are looking to sell your 360, you’ll get an optimal price once the snows clear. But parking your Ferrari for a few more months while continuing to make those payments may not make sense when we’re only talking about an extra $10,000 to $15,000.

As for the older Ferrari V8s, a fully loaded 1999 355 Spyder with low miles and all the services was selling for about $115,000 six months ago and is now down about $5,000, again more due to the winter effect and the election rather than in any reaction to the F430. I really don’t expect to see much movement in the V8 Ferrari market for at least a year or so after F430s begin to make it to our shores.

Remember, if there is one thing Ferrari has mastered in the past decade, it is less automotive engineering and more branding and marketing. With high demand for all things Prancing Horse and a cleverly limited supply, you won’t be seeing any “move out the metal” sales with low interest rates and sweetheart leases to be had. It’s rarely empty-pocket bargain hunters you see sniffing out the best prices on new Ferraris; rather, it will be shrewd businessmen who are looking for the best possible deal on a piece of merchandise, just like they do in their day jobs.