No One is Getting Rich from Ferrari Service 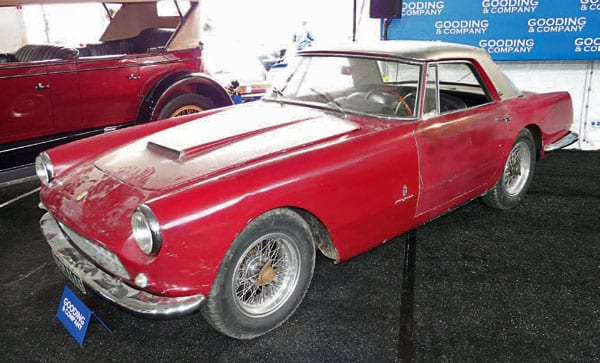 No One is Getting Rich from Ferrari Service

This column was inspired by two clients who emailed on the same day searching for “an honest shop and/or mechanic,” as both had heard too many tales of the high cost of Ferrari service. I replied that shop owners do not stay up late at night scheming how they can cheat clients. Instead, they worry about delivering the best possible work while getting paid for their time. Most shops often find that jobs take longer than they bid and end up eating lots of unbillable hours. No one is getting rich from Ferrari service.

The Ferrari service business is very competitive. Southern California has no lack of Ferraris, and consequently there are eleven different Ferrari service shops within a 30-mile radius of our business. Some are small, some are large and one is the authorized dealer, but all work on Ferraris old or new—and all compete on price and reputation for the same client pool. That level of competition keeps prices and profits down. Most of these shops are well-established, stable and have little staff turnover. Well-trained and experienced mechanics are hard to find, and job openings for trainee mechanics are few and far between.

Paying for training and tools
An apprentice mechanic starts at a community college or for-pay trade school and usually leaves the school with $30k in student loan debt. Once graduated, the new mechanic’s next step is to find a dealer willing to commit the time and expense to train a new hire. Once trained for several years at a mainstream dealership, an aspiring Ferrari mechanic needs to find a Ferrari shop with an opening that’s willing to commit to the time-intensive learning curve needed to transform the trainee into a qualified Ferrari mechanic. That shop knows it is probably training their future competition.

Mechanics take pride in—and cannot work without—their massive roll-around tool boxes and rows of gleaming tools. Roll-around prices start at $10k, plus it costs another $30k for a set of starter tools. If our apprentice also wants to own his own minimal shop equipment and diagnostic units, they will quickly add another $50k-plus to his expenses.

A professional mechanic will keep current through the ASE (Automotive Service Excellence) programs, which offer 40 individual certificates in such categories as Advanced Engine Specialist and Engine Machinist.

Each auto manufacturer also offers ongoing school programs. Ferrari mechanics go to two to four factory-sponsored schools per year, each of which costs the dealer from $250 per day to $1,500 for a four-day school. Standard protocol is for the dealer to pay their mechanic $23 to $35 per hour for each hour in school, plus airfare, hotel and per diem costs for out-of-town schools. I was surprised to be told that an authorized Ferrari dealer expects to spend $100k per mechanic for initial and long-term training.

Fast-changing technology
Ferrari diagnostic equipment began with the Jofatron in 1982, which was used until 1990 on carb cars, 308s, 328s, Mondials and Testarossas. In 1987, the Ferrari Tester by Marelli arrived, which was used on the F40, 348 and 512TR—until the SD1 arrived in 1990. The SD1 was a DOS-based computer system by Digitek, which was used on the 348, Mondial T, 456, 550 and 456M. In 1999, the Windows-based SD2 worked either alone or in series with a computer on the 355 and 360. In 2003, the SD3 arrived with greater capacity. The DEIS, or Diagnostic Easy Information System (an Italian oxymoron?), was introduced in 2008, and it operates both alone and with the factory through the Internet.

The latest-and-greatest machine is the Leonardo, made by Accini (staffed by ex-Digitek employees). At $35k, the Leonardo is compatible with all the latest Ferraris, Maseratis and Lamborghinis. Both the DEIS and Leonardo require a monthly subscription for updates, which adds another $500 per month.

Barely making money on a $60,000 Enzo engine
One of the local shops recently finished a $60,000 rebuild on an Enzo engine. Although $60k may seem like a staggering number, it was, at best, a minimally profitable job for the shop for many reasons.

Because of parts and machine shop delays, the rebuild took six months and was a start-stop-restart project, which is never time-efficient. Enzo-rebuilds are few and far between, so the project required a learning curve and multiple double-checks on every restart. The Enzo occupied a full shop bay for six months, and the car had to be protected from curious customers, loose floor jacks and other dangers. That same space should have produced dozens of clutch jobs and major services in the same time period, which give much more cash flow and profit.

The madness of science projects
Most mechanics and shop owners love a challenge and want the reputation as The Shop That Solves any Problem, from a concours-winning restoration (done in record time) to solving any electrical problem or building nonexistent gear sets, cylinder heads or blocks for early 1950s Ferraris.

The high cost of startup
Opening a new shop is only for the brave of heart and wallet. Lease and security deposit costs, insurance, build-outs, welders, compressors, lifts, parts cleaners, hot tanks, sandblasters, state permits, a phone system and much more will easily start at $100k. Add in cash reserves for the lean opening months that are sure to come. Any mechanic opening his own shop will need a large client base or an “Angel” multi-Ferrari owner to have a chance of success.

Divergent skill sets
In the world of Chevrolet, Toyota or BMW service departments, an experienced mechanic can “beat the clock” and do service work in less than the book time, which makes the job more profitable. Parts are moneymakers and almost always in stock at a dealership.

In the world of old Ferraris, many jobs are based on time and materials, so it’s impossible to “beat the clock.” Parts are becoming a problem with any pre-430 or 599 Ferrari, and anything pre-308 is always a major parts problem. If an independent part supplier hasn’t had parts reproduced, the shop will have to make parts, meaning the shop owner will also need to be a fabricator, machinist and welder.

Looking down the road, the few mechanics who grew up with and know the Enzo-era cars are now shop owners in their late 50s, 60s or 70s. They will not be turning wrenches for many more years.

As for the best shop to use, if you own a 360, it probably doesn’t belong in a shop filled with Enzo-era Ferraris, just as your local authorized dealer is usually not the best shop for your 250 PF coupe. These cars require very different skill sets.

Been there, done that
I owned and ran a very large, full-service and restoration shop with an engine clean room, a dyno room, frame shop, paint booth and fabrication department. I know just how hard it is to be paid for every hour worked. Walking the tightrope between too much work (and angry owners) versus too little work (and hungry mechanics) gets old. I still own three industrial buildings, and all are rented out to auto service shops. I’m much happier being a landlord instead of kicking out a paying tenant to open another service or restoration shop. Been there, done that. I am much happier to deal only with the daily drama of used Ferrari sales.