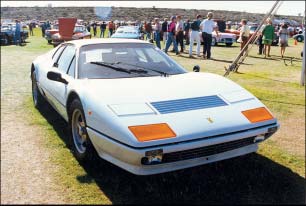 Summer is here, winter snows are a memory and, son-of-a-gun, once again the Ferrari market is hot. Recent dealer sales and auctions have shown very high prices for cars that were difficult to sell as recently as a few months ago.

As I mentioned last month, vintage event-friendly cars, usable for European vintage racing and rallies—such as alloy-bodied Boanos, Lussos and early 275 GTBs—continue to enjoy a strong market and rising prices because of the European interest and the weak dollar. Steel-bodied Boano S/N 0641 GT, restored to a very high standard and finished in black with a bronze top, has just sold in the $225,000 range. A year ago, I would have expected this car to sell in the $145,000 range. Alloy-bodied Boano S/N 0613 came out of Japan early this year, was freshened up, went through several dealers’ hands and sold to an end-user for just under $300,000, a recent high for a no-race-history alloy Boano. Last year at this time, it would have struggled to bring $200,000. Yes, folks, these are real and significant gains in value.

Poor old Daytonas are finally getting a little pop of their own. In June of 2000, 365 GTB/4 Daytona S/N 14819 was advertised on eBay at a buy-it-now price of under $95,000. After not selling, it went to a dealer in Orange County for well under $95,000. There, it was refurbished to attractive if not concours-winning standards, and in June of this year sold at the Barrett-Jackson Petersen Museum auction in L.A. for an impressive $145,800.

In conversations with dealers around the country, their informal consensus is that there is room in the US market for about six Daytonas a month to be sold at retail, for strong money. When you get more than six cars offered, a mini-;negative price war sets in, and the results can be discouraging for a seller. It does appear the flow of panic-sellers of Daytonas has slowed down, and perhaps with the stock market ticking back up, collectors aren’t quite so worried about turning their four-wheeled toys into money.

My prediction is that if we see a reasonable, but not excessive, number of Daytonas coming to market, the nice, number-two condition cars will start edging up out of the $125,000 range they have been in, and start hitting the $135,000-$150,000 range with regularity. However, the doggie cars will still be left in the barking lots, as most Ferrari buyers by now have figured out that you always buy someone else’s restoration, unless you somehow missed out on losing a fortune with the dot-com collapse and want to replicate the fiscal bloodshed in your own garage, by restoring your own car.

At the same Barrett-Jackson auction at the Petersen, 400 Superamerica S/N 3949 SA sold for a staggering $432,000. Even though it was a one-family-owned car with covered headlights, finished nicely in red with black with red piping, the price paid is a new public-sale record, in this decade, for a 400 LWB Superamerica.

Admittedly, $650,000 to $1,250,000 over a 15-year period isn’t exactly a skyrocketing rate of return (about 4.6%, compounded annually), but it beats a lot of other financial instruments in today$rsquo;s market. The point of all this is that while a lot of the Ferrari market has been in the toilet for the past decade, the prices of truly exceptional cars have continued a relentless climb.

On the new-car side, 360 Spyders have stabilized, selling for about $50,000 over their window sticker price of $200,000. My dealer friends tell me that while they estimate the market could absorb six Daytonas a month, nationwide, the 360 Spyder is so sought after that every Ferrari dealer in the country could probably sell six of them each, a month, without impacting the market. There may a lesson here about the future of Ferrari, where the older cars, with their many user-cruel features, are appealing to a smaller and smaller audience, while the new cars, which are extremely user-friendly, are in fact broadening the Ferrari market. I would suggest that if you have a Ferrari to sell, now is the time. And if you’re buying now, yes, you’ll pay a little more than if you wait until the freezing February winds are blowing across Lake Michigan. But ask yourself, isn’t it really worth something, maybe a lot, to have a car and drive it, top-down, when the weather is good? Somehow looking at it in the garage, under a car cover, just isn’t the same.