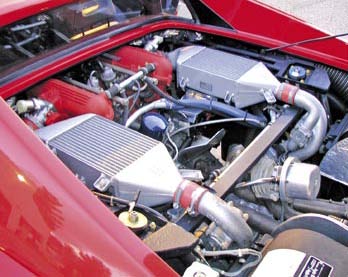 The daily drama of selling ultra-high-end Ferraris provides continuous material for this column, but the sale agreement is only the beginning of a long process.

A sale should always include a pre-purchase inspection (and all too often a re-negotiation after the inspection), followed by escrow agreements, wire and document transfers, shipping arrangements, and follow-ups.

Part of the sales process is to explain that regardless of cost, these are “just used cars,” and almost always need immediate post-purchase service. The current owner is usually oblivious to the work the inspecting shop will recommend and unwilling to pay for work that he would not have had done, and that will be immediately passed—at his expense—to the new owner.

Conversely, the buyer wants perfection, and expects it to be built into the purchase price, an unrealistic expectation.

Ironically, any work done does little to change the final value of the car. I usually recommend the buyer and seller share repair costs, because buyers are not nearly as eager to have every aging part replaced if they are paying part of the bill, while sellers are (begrudgingly) paying for some share of deferred maintenance.

THE LONG LIST
Once sold, 288 GTO s/n 57715 was sent to the local Ferrari dealer for inspection, resulting in a surprisingly long list that recommended yet another engine-out cam belts and seal service, and replacement of much of the rubber on the car, from tires to engine mounts, hoses, suspension bushings, axle boots and a re-engineering of the clutch hydraulics, a common problem on 288s and F40s. The estimate was a surprising $15,000-plus.

To help better define the problem, oil leaks in the Ferrari world do not mean puddles of oil on the floor, but rather minor “weeping” (as opposed to leaking), and at most a few drops of oil after a long drive. The reality is that a one-hour drive in the 288 would probably re-energize the seals and eliminate any weeping… until our Ferrari sits for another few months.

Indeed, any Ferrari that has only 600 miles over two years should be expected to seep. A new Cadillac, of course, doesn’t leak if it sits for months, and if it did, the owners would be oblivious anyway.

Replacing tires and/or every piece of rubber on a car simply because they are five years old is unthinkable in the real-car world, but commonplace with Ferrari ownership, simply because any newer Ferrari can top 150 mph, and occasionally does.

A phone call and a faxed copy of the dealer’s inspection report to the local independent shop that had done the earlier cam belt and seal service confirmed they would do everything on the list for $10,000, but their question was just how much on the list was deferred maintenance and how much fell into the restoration category?

Yet another quick call and a copy of the report to a well-known shop in my area confirmed the same price—$10,000 for everything on the list. But they asked the same question: How much of the recommended work was restoration rather than service?

DON’T ADD MILES
My advice to the buyer was to drive the car for 50 miles and see if the seepage stopped, but in yet another Freudian paradox of Ferrari ownership, a huge part of sale value is low mileage, as buyers look for “virgin” Ferraris. The idea of actually putting mileage on a GTO was not well received. Plan B was to explain to the seller that while he had paid for an engine–out service only 600 miles ago, two years of sitting had caused the seepage, not any fault of the shop that had done the work; and that the work now recommended could indeed be justified, although a large part of that work clearly fell into the “restoration” category.

PUTTING YOUR MECHANIC’S KIDS THROUGH COLLEGE
As for the buyer, he had to accept that it was not the seller’s responsibility to give him a “Platinum” level Ferrari under the guise of a routine service. The dealer who did the inspection was simply doing his job well, perhaps too well. Had he broken the estimate down into needed—versus—recommended work and explained that much of the recommended work fell into the restoration category, it would have been an easier sell.

Adding to the expense is Ferrari’s current decree that cam belts now be changed every three years, which means that a Ferrari service is like Uranium 235—it has a half life. But that half life is now a year and a half. The dealer’s high estimate and desire to do everything both right and right now guaranteed the buyer would go elsewhere.

As for the two independent shops, their price was fair; both have excellent reputations. But by now the buyer was spooked and shipped his new toy back to his local dealer, where he could touch the car, see the work being done, and make his own decisions as to how much to do. Thanks to the quotes from the independent shops, the final bill would certainly be closer to the $10,000 mark.

LESSONS LEARNED
Now over 20 years old, this 288 is like any old car, with every mechanical and rubber part well past its replace-by date. Compared with other 20-year-old cars on the road, the 288 needed surprisingly little. The difference is that a 288 GTO is worth almost $500,000, while most other 20-year-old cars are $2,500 away from being recycled.

Fortunately, the buyer, seller, and I were able to go through the negotiations, reach a compromise on repairs and the deal was done. While the new owner has multiple new Feraris and other exotics, his welcome to the world of older Ferraris was an education. Any automotive passion has a price, and playing in the world of high-end Ferraris has a healthy price tag.

Repair costs that would send any other 20-year-old car to the crusher are easier to rationalize on a $500,000 car. Anyone adding such a trophy to an already large collection will not be deterred by a repair cost equal to 2% of his new toy. The new owner gets to decide what is “needed work” and what is “make work.” Whatever is done will enhance his pride-of-ownership and add peace of mind at a high speed blast. It’s all part of the pleasure of ownership.