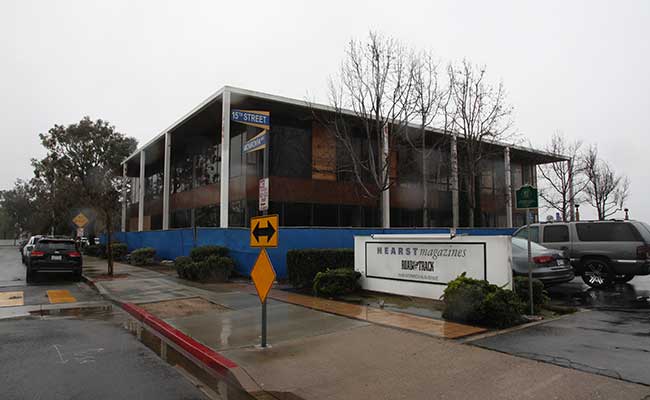 On Tuesday Kim Wolfkill, the current editor of Road&Track, mentioned in an email to Stan Mott, one of the two creators of the R&T Cyclops (Robert Cumberford is the other) “…that Hearst is closing the Ann Arbor office and moving operations to New York City. The print magazine will now be run by the digital team. We’ll complete the current issue and then we’re all done at the end of the month.” Former R&T editor, John Dinkel, learned of this because he has been in correspondence with Stan regarding an until now secret effort by the Cyclops Faithful to attempt to set a world land speed record at Bonneville next August. But that’s another story for another day.

Hearst’s New York office, which now handles the digital edition, would be the last remnants of the Road&Track Dynasty. For those under 40 reading this, it’s just another lumbering dinosaur put out to pasture. To those over 50 reading this, it’s the sad end of our automotive era and the end of what was once the auto enthusiast’s bible.

Road and Track, as it was then known, was founded in 1947 in Hempstead, Long Island, by two friends, Wilfred H. Brehaut, Jr. and Joseph S. Fennessy. They published only six times from 1947 to 1949. By 1952 contributor and editor John Bond had become the owner of the magazine, which was moved to Southern California. By the late 1960s Road&Track was a cash cow and so John Bond built their damn-the-costs, ocean view, flagship building in Newport Beach. For those into publishing trivia, the “&” in the title was introduced by then Editor Terry Galanoy in 1955 for better newsstand recognition.

Thanks to a focus on introductions and road tests on then-rarely-seen European exotics from Aston Martin, Bristol, Ferrari and Maserati and on far-away European races such as the Targa Florio, Le Mans and Formula One, R&T found a hard-core cultish following of then 20 “ish” baby boomers. Irreverent writers such as Henry N. Manney III and Peter Egan plus road tests of the Goodyear Blimp or a San Francisco cable car or Stan Mott and Robert’s 1957 to 1992 articles on the Cyclops added the right level of flippancy. Readers accepted a three month lead time to read about unobtanium dream cars such as the 365 GTB/4 Daytona introduced at the 1969 Paris auto show; or the Ferrari 512M versus Porsche 917 battles at Le Mans; or the Lamborghini Miura S high speed test in the Nevada desert. Even better were the back page classified ads which offered no lack of 50s and 60s Ferraris and other exotics at prices that now seem mind-numbingly cheap.

A move to the epicenter

In 1973 I moved my shop from Santa Ana to Costa Mesa so that I could be closer to R&T, as they were then the automotive nucleus of southern California around which dozens of specialty automotive shops opened and flourished. Since we were only a few blocks from R&T we had a ritual of driving the latest and wildest exotic in our inventory, from 330 P3/4 s/n 0854 to a Tyrell 007 F1 car s/n 074 in one side of their parking lot, around their building, out the other side and then back to our shop. We often helped R&T get the latest cars for testing, from the first Lancia 037 Rally car in the country to a then-new, bright orange McLaren F1.

In the 1970s and into the 1990s R&T featured columns and articles by former and current race car drivers from 1960s drivers Paul Frère, Innes Ireland and Formula One champion Phil Hill to 1970s drivers Brian Redman and Sam Posey to 1980s driver Bob Akin. All conveyed the essence of speed and brought their high speed runs down the Mulsanne straight, in the rain, at night, alive.

Ask not for whom the bell tolls

In 1972 the Bonds sold R&T to CBS and in turn CBS sold R&T to Hachette Filipacchi Media in 1988. In the very early 1990s John Dinkel, then the Editor in Chief in charge of new products, worked with AOL (remember AOL) to put R&T online but his plans and pleas were a missed opportunity upon deaf ears. In 2011 Hearst Magazines bought R&T and in 2012 gathered the staff together to announce the magazine was moving to Ann Arbor, Michigan and none were invited along for the move.

The Road&Track building at 1499 Monrovia in Newport Beach sat empty before being sold to the city of Newport Beach who then sold the building to LA Lakers basketball star Kobe Bryant in 2014 for his business headquarters. Kobe then ran into zoning restrictions from the same city that had sold him the building and so the building continued to sit empty and derelict. The building was most recently sold to a local private school in need of expansion.

In the 1990s the print edition had 750,000 plus subscribers and sold 45% to 50% of retail-priced newsstand issues, making the newsstand issues the profit center. Today a one-year, 10 issue subscription to the print edition is a mere $12, which struggles to cover the printing and mailing costs and too many pages are filled with Tire Rack and Weathertech ads. Newsstand sales, once the profit center, are only 10% to 12% with the rest as land fill. Will the New York offices attempt to continue publishing the print edition? Perhaps, for a time, but that business model has failed. Killing a small forest for every issue is becoming politically incorrect and print is dead or dying.

As Howard Cohen wrote: Rather than bemoan the things that are no longer what they were, think how lucky we are to have lived in such interesting times, played with such fantastic and demanding cars and known such passionate, eccentric and accomplished people. We’ve crammed a lot into our lives and enjoyed almost the whole of an entire golden age!

Road&Track slowly died around the turn of the millennium, losing direction and relevance, failing to evolve in a fast changing world, overwhelmed by an endless stream of competing online columns. As former R&T editor John Dinkel wrote in an e-mail on Tuesday, 15 January: “I think Jim Morrison said it best…

In this case one door closes but another one closes behind it”!