Supercars by the Sea 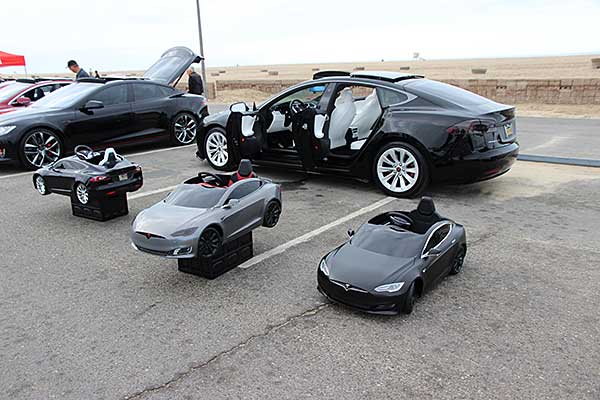 Supercars by the Sea

The shift to Supercar Sundays
I’ve been going to collector car shows since the early 1970s, having traveled to shows across the US, Canada, Mexico, Europe and Asia. Over those four decades it’s interesting to note how the demographics of the attendees and their concept of what’s a collector car has evolved. The cars are ever newer; the attendees are ever younger; the grey-haired-crowd gets ever smaller and e-cars are now firmly part of the show. Events are planned and marketed on social media with the owner’s further sharing their event experiences on social media! Today’s weekend gatherings are usually focused around Supercars with events such as last weekend’s Supercars by the Sea held monthly in Huntington Beach; David Lee’s monthly Cars and Chronos in LA; Sunset GT on the 2nd Sunday of every month in Hollywood and Supercar Sunday held every Sunday in Woodland Hills. Most have an ever-changing theme car, be that Ferraris, Lamborghinis or whatever the sponsors find interesting.

Supercars by the Sea was put together by enthusiast David Kuzmiak and is held on a massive State Park parking lot large enough to allow growth thanks to over a thousand parking slots next to Huntington’s sandy beach. Because it’s a State Park, new permits have to be issued every month for every event and parking is $15 but that certainly hasn’t held back enthusiasts. In less than a year they have gathered eight sponsors and with the help of co-organizer Alan Niedzwiecki, co-founder and former Board Member of Fisker Automotive, they hope to attract major sponsors such as Rolex. This weekend’s theme was “Gas Slayers versus Gas Savers” with the AMG Club providing the gas slayers and the Tesla Club providing the gas savers.

Tesla and Ludicrous Mode
While I’m sure there are those who roll their eyes thinking of Teslas as Supercars, anyone who’d drive a Model S with “Ludicrous Mode” would argue otherwise. With a 0-60 time of just 2.8 seconds and capable of ripping off a 1/4 mile in 10.9 seconds they are indeed silent supercars. Like it or not, electric cars are fast becoming the future of the automotive world. Conversely, watching a Tesla pull 10-second quarter miles on YouTube is interesting the first few times, but it’s hard to get excited about the monotone whir of the soundtrack. While a Tesla can obliterate a Demon or a Hellcat off the line, by the 1/8 mile speeds are about the same, by the 1/4 marker the Tesla is losing ground quickly and if the race went to a half-mile it’s the Tesla that would be obliterated. As for top speed, the Tesla is done at 155 mph which today is Toyota territory. While e-cars may be the future, stop light drags don’t make supercars, they make muscle cars. As for the Tesla 3, now being spit out at 5,000 cars a week, seeing a Model 3 at a supercar event is perhaps the new definition of “ludicrous mode”.

Generational gaps, automotive and otherwise
As a baby-boomer fast approaching the big “70” I was at the far-end of the age spectrum with most of the attendees in their 30s, 40s or 50s. I was pleased that several of the “younger” enthusiasts we spoke with were true gearheads who did their own tuning and tweaking work, although today that requires a laptop, not a tool chest. The nature of working on your own car, let alone modifying it, has changed dramatically. Where once you might throw in a more aggressive cam and carbs or change the rear-end for better acceleration, today it’s all about the laptop. And, almost always, you’re relying on someone else’s coding expertise – you’re just the carbon-based delivery mule that exists between the coder and the ECU. The mod that can give you 25% more power and torque comes from pushing the “enter” key on a laptop a few times – while drinking a cold beer. As more e-cars come to market the manufacturers will make it ever more difficult to “tamper”. And do you believe that someday someone will drop the equivalent of six-figures to restore a vintage electric car? Me neither! The three young people (and at my age anyone under forty is young) in the electric “model” cars being filmed with pro camera gear was a highlight of the meeting, both the sponsors and participants know that the footage will be uploaded onto instagram and enhance their mutual standing and visibility on social media. At the hard-core end of the spectrum one owner we spoke with had just fitted twin turbos on his Lamborghini while a Viper owner had ported and polished cylinder heads in his garage waiting to be installed, which he would do himself. There are a few hands-on enthusiasts left!

This weekend’s event had two hundred cars and while the mix changes from week to week, there’s no lack of the latest-greatest 458 and 488 Ferraris; Lambo Gallardos, Huracans and Aventadors; Aston Vantage coupes and roadsters; Porsche Turbos and GT3s; ZR1 Corvettes; AMG MBZs and more. The production volumes of all of these modern cars is so high and the performance level so extreme one can’t actually use any of these cars close to their performance limits on public roads and few of the owners will venture onto a track because the cars are financed and the insurance stops at pit-out. By default Supercar events become the best place to see and be seen and so these cars and the events should only grow with time.

Governor Moonbeam the car killer
Or maybe not! Just as California was the birthplace of America’s post-war car culture, California may spell the death of Fossil fuel cars! The soon-to-be-leaving Governor Jerry Brown is pushing legislation to end the sale of all fossil fuel cars in California by 2035. Additionally the concept of ownership and brand loyalty has changed. When I was a teen you were a Chevy guy, or a Ford guy, and if you moved far enough up the food chain, you could be a Ferrari-guy. Today cars are commodities.

There was no lack of Supercars last weekend, but very few were “old cars” meaning more than a decade old. While any and all collector cars are welcome at any of the Supercar events, this weekend’s event had only a single 1963 Split Window 360 hp Fuel Injected Corvette and a token 275 GTB long nose, the only two cars from the 1960s. A few Camaros and Corvettes were from the 1970 and 1980s. The question, of course, is are these supercars the collector cars of the next generation, or will future events be billed as all-electric “Silent Supercar Sunday” since the rasp of a V12’s exhaust will be a thing of the past? Will we walk past rows of fully-electric Porsche Mission E coupes; Tesla Roadsters; Maybach 6 Coupes; Rimac Concept Ones; Corvette GTEs; Renault Trezors; Nio EP9s and others yet to be built?

Sounds good to me
I am very much a Darwinist and recognize adaptation when I see it but the enjoyment of motoring is about much more than the efficiency of its propulsive force. It involves all the senses, but particularly smell and sound. Sound signifies speed — or at least the potential of it — while smell evokes the most primitive of our memories. To me, driving inextricably involves the smell of gasoline, exhaust, hot oil, rubber, brakes, clutches, coolant, leather, etc. Take those away and we’re moving dangerously close to household appliance territory.

As Rick Ceppos wrote in the June 2018 Car and Driver regarding the 500 hp, 9,000 rpm 4.0 liter flat-six in the 6-speed manual shift Porsche GT3, “If there is one universally embraced truth among car enthusiasts, it’s that high-performance machines deserve soul-stirring engine notes. That’s why every discussion of a vehicle’s capacity to thrill inevitably lands on the question, “What’s it sound like?” …. Without auditory magic, something big is missing from the driving experience!” Click on the two links below for an interesting audio comparison of a state-of-the-art fossil fuel car vs e-car in serious action.

I know which video I’ve watched, and listened to, multiple times! As Bob Dylan wrote in 1964, long before most of this weekend’s attendees were born, “The times they are a changing.”