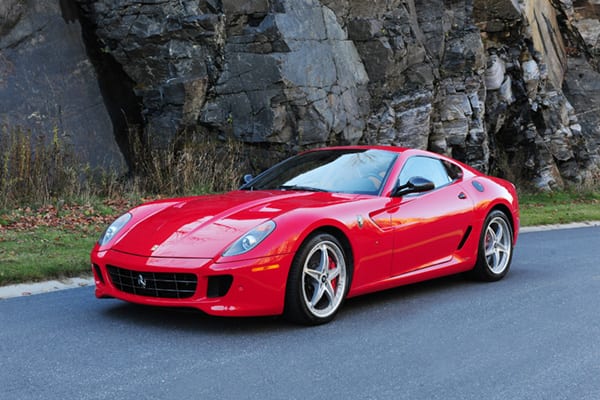 The Baby-Boomers, now in their 60s, are moving on
The Collectable Ferrari market, like any commodities market, shifts with global socio-economics, demographics and time. Our long term clients are baby-boomers, born in the late 1940s, 50s and early 60s. Once in high school and then college in the late 60s, 70s and early 80s, their bedrooms and dorm rooms were adorned with road tests from Road & Track and Car and Driver featuring the then-new and state-of-the-art 275 GTB and GTS, followed by the 330 GTCs and 330 GTS, the Dinos and Daytonas and on to the Berlinetta Boxers.

In October 1974 the world suffered through the first Arab oil embargo as gas prices rocketed from an affordable 30 cents a gallon to a then-shocking $1 a gallon in only months. The market for exotic cars imploded with near-new Dinos available for $5k – $7.5k and Daytonas at $15k. By 1977 the economy recovered, a few hardworking baby boomers did well and thanks to low prices and a booming global economy the collectable Ferrari market was born. We have been selling to that same world-wide demographic group of buyers since the early 1970s and still sell the same cars to many of the same demographic group today.

Getting resigned to senior discounts
We are now going through a major generational shift. Many of the people my age, the baby-boomers, are now in their 60s and most have “been there, done that” and are now leaving the collectable market. Most of those who wanted to own an Enzo-era Ferrari have owned one, or many, or conversely financially never-could own one. Additionally when one gets senior discounts one’s priorities turns to business succession, retirement, insurance and health issues, 401ks, social security, kids, grandkids and Mediterranean cruises. Ferraris fall far down the list of priorities. The Baby-boomers are moving on.

The last to the price-party
The tide does not raise all ships equally or at the same time. The much-higher-production volume 308s, 328s, Testarossas and 550s were the last Ferraris to the current price party and doubled from 2014 to 2015. As the last of the all-6-speed V-12 Ferraris, the 550s doubled to the $150k range. While the 575 F1s are not considered collectable and have flat lined at the $100k mark, the few 575 6-speeds have doubled and doubled again from $100k to as much as $400k, demonstration that collectability is usually inversely proportional to quantity.

Collectability versus quantity
Meanwhile, back in the world of Enzo-era cars, the best of the best, the most desirable, the Coach built cars, the 250 TDFs; 250 SWBs, the California Spyders and 250 GTOs will always occupy the top of the Ferrari food chain. Sold new to movie stars, heads of state and captains of industry, the sleek and uncompromised lines of the 250s and the Coach built cars were penciled long before smog and crash safety standards, ABS brakes, traction control or engine management systems were on the horizon. Additionally the 250s offer a unique auditory and visceral driving experience un-paralleled by today’s modern Ferraris.

The Enzo-era Ferraris have always enjoyed a global market, are relatively liquid, can be on an airplane for any part of the globe on short notice, have long been a pride-of-ownership asset, were built in very low numbers by today’s standards and Ferrari isn’t making any more. Witness the sale of 400 SA s/n 3949 SA for $4.4M or the sale of 250 SWB California Spyder s/n 2871 GT for $17m at Amelia Island last month, both sold to an English Diamond billionaire, again demonstrating that collectability is inversely proportional to quantity.

The market shifts
Further down the Enzo-era food chain, the higher-production-number 275 GTBs and GTS; the 330 GTC and GTS, Dinos and Daytonas, the Gold Standard of user-friendly and collectable Ferraris for the last four decades, find fewer clients and so prices are “off” substantially. Baby boomers have stopped buying old cars or restoration projects that might take a sizeable amount of their time left on this planet. Further driving down the old-Ferrari market, many of today’s younger 40 and 50 year old buyers don’t want and don’t care about cars built before they were on the planet.

Adding to the global demographic downturn, in the last two years the Euro has dropped from 1.35 “ish” €uro to 1.12 “ish” €uro to the dollar. The Cdn dollar which was 94 cents “ish” to the USD has dropped to .76 “ish” cents to the US dollar. The Aussi dollar has dropped from 93 “ish” cents to the USD to .76 “ish” cents. The British £££ has gone from 1.53 £ to 1.41 £, a more modest drop, but… as Ferraris are almost always priced in USD, the Brits, the Aussis, Europeans and Canadians, who collectively made up over 50% of the buying market, have left the ever-higher Enzo-Era Ferrari price party.

Further adding to the softening market, global worries about a downturn in the Chinese real estate market, stock market and industry sector; combined with a frothy US Stock market; fear of an Italian banking system collapse; the threat of a Brexit and well-founded worries about the ability of global Central bankers to sustain the tepid economic expansion have all contributed to a softer market for the globally traded Enzo-era Ferraris.

Newer, faster, safer
Each new generation of cars is much faster, safer, and far more user-friendly. Today’s sports car will blow the doors off the last generation’s similar model, let alone a car decades older. What is nostalgic and desireable to one generation is merely old fashioned or obsolete to the next. A 246 GT may be a beautiful and thrilling car to own and drive, a 250 Lusso may be a timeless design, but neither are much fun to drive for any extended period and are dead slow by any modern standard.

Daytonas have long been used as the leading market price indicator of the higher-volume Enzo-era Ferraris. While it would be difficult to perform an analytical study, I would guess that the average cost basis among Daytona coupe owners is probably in the $250-350K range. So what if they are not worth last year’s $850K, but rather today’s $650K? The average owner still has a substantial profit with a free 599 thrown in on the deal.

The next generation of collectables
The younger generation doesn’t want to live their father’s dreams, instead they want the newest and the best. Only a decade ago I would never have guessed the 550s and 599s would become the next affordable collectables, but with only 3,600 550s and another 3,600 599s made, and only 974 US (and Canadian) 550s and 1,082 US (and Canadian) 599s built, they are the future. Today’s middle-age buyer’s dream cars start where the previous generation’s left off. No one wants to date their dad’s prom queen! While we will always sell Dinos, Daytonas and all the other Enzo-era Ferraris, today we sell far more 550s and 599s than Dinos. The market is a changing.