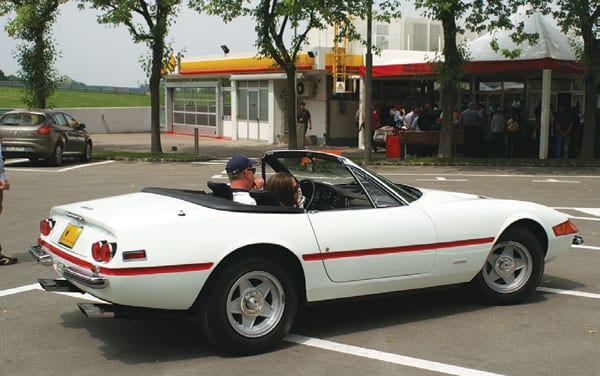 The inspiration for this column occurred in March, when I returned from lunch to find an email from a Lusso owner who wanted us to sell his car and net himself $700,000—about $200,000 over the retail price for his Lusso in today’s market. The very next email was from a client who had been web surfing and found an Indonesian site offering photos of a 275 GTB/4 (but with a 330 GTC serial number) for $400,000. He simply didn’t “get it,” or didn’t want to “get it,” that there were no bargain 275 GTB/4s for sale in Indonesia, and wanted to find a restored 275 GTB/4 for $400k—at least $500k under today’s market.

Simply put, too many would-be sellers are lost in the ozone of last year’s prices, using the 2008 peak-of-the-market numbers to gauge the value of their cars. Conversely, an equally large number of would-be buyers dwell in a fairyland of Ferraris at 60% or more off. Neither is in touch with today’s reality. So let’s spell out current selling prices and percentage drops for an accurate picture of the market.

Real estate leads the way
Just as the real estate crash led the U.S., England, Spain, and Ireland into this recession, so a real estate recovery will ignite the long climb back to prosperity. As real estate begins to hit bottom, let’s quantify the recession’s effect on the Ferrari market. The Ferrari historians group I belong to agrees that RM’s May 2008 auction at the factory in Maranello and the Monterey auctions of August 2008 were the high points of the 2003–08 Ferrari boom. So where are we now?

Bottom line, it’s a 30% off sale
In a contango of rising Ferrari prices, the trend is your friend, until it ends. As the credit markets froze in late 2008, so did liquidity in the Ferrari market. Fed Chairman Ben Bernanke’s “Quantitative Easing” (printing money) and massive bailouts have regreased the world’s financial markets, real estate is hitting bottom, and the world’s stock markets are rebounding. Likewise, the Ferrari market has returned to a refreshing level of liquidity, with cars again selling, although more or less 30% off last year’s prices.

This too shall pass
It takes a lot of buying to move a market upward, but a mere lack of buyers creates a bear market. In the last year, the Ferrari market was negatively affected by a number of owners who had to sell their cars. Too many motivated sellers, too many cars, and too few buyers created today’s lower prices. The problem of cars being squeezed slowly along to too-few buyers is behind us. Those owners who had to sell have sold. We are now back to price stability, but at 30% below before and with no prospects of a speedy uptick.

Ferraris as a lagging indicator
Ferraris are a lagging indicator, as was clearly shown in 1989, when Ferrari prices remained strong long after U.S. real estate and the stock market had fallen off a cliff. Again last year, Ferrari prices continued to climb while Bear Stearns imploded, Indy Mac was seized, Fannie Mae and Freddie Mac were nationalized, and Lehman Brothers sank into oblivion.

In only a year, the planet has experienced deleveraging on a breathtaking scale. The good news is that relative to banks and real estate, the drop in Ferrari prices has been modest—especially compared to the severe drops in the 1990–95 collector car price crash.

Ferraris remain liquid; buy-sell agreements can be made in a day, pre-purchase inspections effected in a few days. Ferraris have wheels, fit into trucks and cargo jets, and can be anywhere on earth within a week or two after purchase. Buyer demand—the arbitrage of weak dollars to strong euros and sterling, or vic-versa—will always provide buying opportunities. Once real estate rebounds, the stock markets revive, and employment picks up, Ferrari prices will again rise.

There’s the best and the rest
The one thing we know about trends is that they are eventually going to end and collector car prices will rebound. But on the other hand, buyers do not wake up one morning and decide they will buy the highest-priced, least-documented car on the market. I’m still amazed how many sellers fail to grasp this simple concept. Regardless of where the market may be, it takes the best car, with the best documentation, best service history, best marketing, and best price to sell.