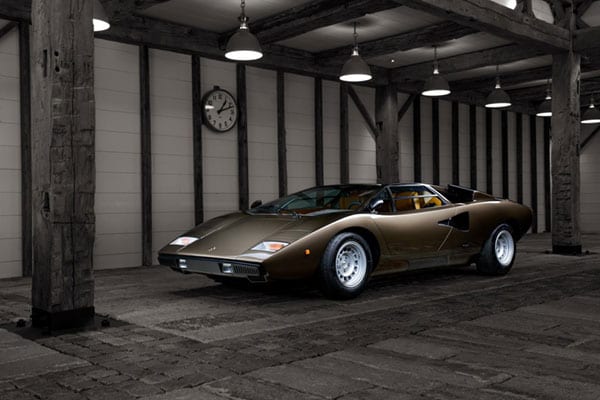 Most people know us from the cars we offer on our website, and the pedantic columns I have enjoyed writing for multiple magazines and subscribers to our website over several decades, but for over four decades many of our transactions, and certainly the larger transactions, have been off the usual radar screens.

Every day we’re asked to sell, or to find, a wide variety of cars. In most cases, the would-be seller is looking to “net” the highest price ever recorded at auction for a car vaguely similar to his, or wants us to market their car based on a few bad cell phone photos and a minimal description, which is not possible in today’s market. Most would-be buyers, on the other hand, are looking for the proverbial “deal”, and use the lowest price recorded at auction, usually a car offered with no reserve at a poorly attended auction as their benchmark. And yes, they always deduct the auction house fees from their value calculations. As a result, roughly 90% of the cars we’re offered or asked to find are dead-ends. The math, or the timing, or the energy, time and emotional commitment required simply don’t work.

Patience, however, and a great database are a virtue. Looking back over just the last 90 days, in early January a very long term client asked us to find a stunning Lamborghini LP400 Periscopio Countach. The parameters were reasonable: an interesting color, as long as it wasn’t red, a close to 100 point restoration and a market friendly price. In only a few weeks and only a few dozen e-mails we found an LP400 that met all the parameters, having been restored by Bobileff Motor Cars, a well-known and respected Lamborghini specialist. We researched and confirmed the ownership and restoration history and then arranged a detailed personal inspection and a test drive. The price was right, the car was certainly right and after the inspection, test drive and a quick and easy escrow, the LP400 found a new home.

Most transactions require more patience. We were offered a 275 GTB NART Spyder conversion multiple times over the last year, but that car requires a very different buyer, so we added the latest info, pricing and photos into the database. Originally built as a short nose, it had been sold new in the US, gone on to England, was converted to a long- nose NART Spyder by Moto Technique Ltd. and Maranello Concessionaires in 1990 and later went to Germany, then to Holland, and then back to the US. In mid-January we were approached by a potential buyer, an offer was made, after some negotiations it was accepted, and after another quick escrow the NART Spyder went to its new home in England. January was a good month for off-market sales.

In February, another long term client asked if we could locate a Dino 246 GT that we had sold in 2007 and sold again in 2009. It was a Euro model Dino with a Hot Rod engine that dyno tested at 250 HP at 7,500 rpm, fitted with titanium rods, a carbon fiber clutch and much more. Our client had inspected and driven the Dino in 2007, had not bought it at the time and had wanted it ever since. The Hot-rod Dino now lived in Canada. An offer was made, an inspection was done and it was on its way back to the USA.

Another interesting and far-off-the-usual-radar Italian exotic was a barn find 1977 Bora that had been purchased by the second owner in 1980 and virtually never driven, with a mere 7,693 miles on the odo. While it was in amazingly nice cosmetic condition, the Citroen hydraulics were certainly well past their due date. It was offered to us as part of an estate sale, sold in a few phone calls and was on its way to a new home in Europe.

A much longer search began in March, 2014 and ended only last month. We have a client who we have helped to build what is unquestionably the best collection of Factory Lancia Rally cars in the US, but he wanted a Lancia LC2 as the centerpiece of the ultimate Lancia collection.

The LC2 was Lancia’s official factory-backed answer to the Porsche 956 and 962, built to meet the FIA’s then-new Group C regulations for sports prototypes for 1982. Engines had to be from a recognized manufacturer with cars homologated in another FIA Series, and the Group C cars go 100 kilometres (62.1 mi) for every 60 litres (16 US gal) of fuel, which proved to be problematic for the Lancias. Sometimes referred to as a Lancia-Ferrari, the LC2 was powered by their sister company’s 2.6-liter twin-turbocharged Ferrari QV V8 engine, producing 850 hp in qualifying and 660 hp in race trim. The engines were taken to 3.0 liters for the 1983 season, although the boost and RPM were reduced to help fuel consumption.

The LC2s were Martini sponsored, with seven cars built to fight the World Sportscar Championship from 1983 to 1986. Another three cars were built for privateer teams and raced until 1991. The LC2 was more powerful than the Porsche 956, its primary competitor, however reliability and fuel consumption hampered the LC2’s efforts for race wins against the overwhelming horde of Factory and privateer Porsche 956s, and by late 1984, the 962s.

We began the quest by contacting dozens of Lancia experts in Europe over the course of a year, putting together a database with the race histories and ownership histories of the seven factory cars and three privateer’s cars.

With only seven Factory cars built, few ever change hands. As readers of this column know, we attended the RM Duemila Route auction in Milano from 24–27 November of last year to bid on LC2 s/n 009, a privateer’s car with no major race history, but when the bidding went to 851,200 €uro or $906,528 USD for a non-factory car with no major history, we dropped out of the bidding.

Once back in California we once again went back on the hunt. A French collector owned two LC2s, s/n 001 and 007, both of which had been offered to us multiple times by multiple dealers and brokers. A well-connected French dealer called with a price reduction, it was agreed to, the inspection was done and LC2 s/n 001 was on its way to the airport in Atlanta.

For those who aren’t familiar with the power and downforce-aided handling of the 200 plus mph Group C cars. For this video, Mass is seen chasing one of the blazingly fast Lancia LC2s in white Martini livery, probably the number 5 car of Baldi/Wollek/Patrese, with the occasional 956 or 962 battling with Mass for second position. The Lancia LC2 of Baldi/Wollek/Patrese ulimately won the race that was shortened out of respect for the tragic loss of Stefan Bellof in the accident with the Mass/Ickx 962.

We always have multiple other interesting and collectible race and street cars and their associated research projects to hunt them down in the works, hopefully some of them will make for an interesting future column.

No matter what today’s market looks like at the wholesale and retail levels, no matter what the current “hot commodities”, there will always be the occasional “barn-find”, the potential owner chasing the “one that got away”, the discriminating buyer looking for “just the right” car, and the serious collector building a serious collection. Most of these transactions never make it into the market analysis. They are quiet sales usually put together by brokers and dealers with long lists of contacts and decades of experience in the industry.