When Japan ruled the World 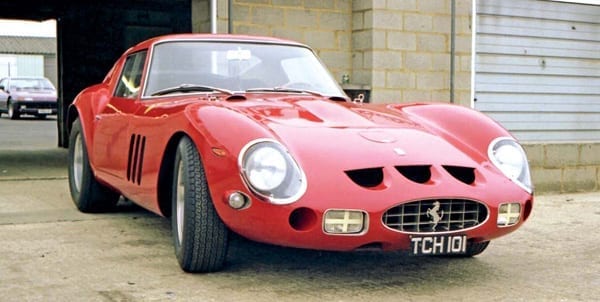 When Japan ruled the World

It doesn’t take a Harvard MBA to see that the Ferrari market is booming again. But I suggest this time is different from earlier booms and busts.

A little history: In Italy in the early 1970s, a cottage industry developed that consisted of crooks who kidnapped, and held for ransom, wealthy Italians who flaunted their success by driving Ferraris. Ferrari countered by introducing the bland-looking 400 series, and Ferrari owners sold their earlier cars to Americans, who, as any Italian exotic dealer knew, would buy anything.

Then came the first fuel crisis of late 1973, and exotic cars went from being desirable to being just stupid. Near-new Dinos and Miuras cluttered Southern California used-car lots. Daytonas could be bought for $15,000, and this author purchased alloy 365 GTB/4 Competizione S/N 12547, my first “super-Ferrari,” for an extravagant $14,000.

From 1975 to 1979 America’s economy and real estate market boomed and inflation soared. The Ferrari market rallied. Then Fed Chairman Paul Volker cranked interest rates to 21% and killed both inflation and the economy.

When interest rates eased in the mid-1980s, things took off again and Baby Boomers celebrated the big “Four-O” with a buying binge. Ferraris previously seen on dorm room posters next to Miss April were suddenly affordable.

The newly-invented fax machine made the Ferrari market international and fast. My sales staff would stay late to fax offerings, then come in next morning to find our cars had been re-offered to dealers and brokers worldwide and even back to us—at a substantial markup.

GO EAST, YOUNG MAN
At the same time, the Bank of Japan greatly increased the Japanese money supply. Japanese interest rates plunged to a ridiculous 2%–3% and massive liquidity flooded the Japanese market. The yen dropped from about 300 to the dollar in 1985 to about 150 to the dollar by 1989, so anything outside Japan was half-price.

Compounding this madness, Japanese banks offered an unbelievable 100%–125% financing against the appraised value of real estate.

And consider this: In the late 1980s, U.S. banks held about 22% of total assets in the country, while in Japan the banks held approximately 79% of total assets, a recipe for disaster. By 1991, the approximate land value of Japan was estimated by the holding banks to be at $20 trillion, or about 20% of the world’s wealth. Indeed, some sources valued the land under the Emperor’s Castle in Tokyo—about three-quarters of a square mile—to be equal to the value of all the land in California.

Because of all this wealth, the Japanese became major players in high-end markets they knew nothing about, including real estate (Japanese investors purchased Pebble Beach and the Rockefeller Center) and exotic cars.

THE SPENDING SPREE BEGINS
I was the first American-based dealer to hop a 747 to Japan in 1985, when Japanese collectors could be counted on one hand. New Japanese exotic car magazines doubled as sales brochures, and I sat in on many dinners where buyers would announce, “That one,” as they pointed at pictures of a 206 GT, a 206 SP, or a P/3. Ferrari prices soared. The buyers were so fresh to the market that I ended up teaching a number of them to drive the supercars they’d bought.

It was an exciting (read that as hugely profitable) time to be a U.S. dealer.

THE CURTAIN COMES DOWN
But the crash of the Dow Jones in December 1989, coupled with the implosion of the Japanese real estate market, brought everything to a halt. Japanese banks ended up owning property and cars that were worth just a fraction of what they had loaned against them. And then the fiscal blood began to flow. In fact, it hasn’t been until the last four years that Ferrari prices have really started to recover from the 1989–90 crash.

It’s been a roller coaster ride, one that muscle car collectors should heed. Here are a few examples of the highs, the lows, and the recoveries.

Further up the food chain, there was Ferrari P 3/4 S/N 0854, which went new to Maranello Concessionaires as a team car and finished third at Spa in 1967 with Bianchi and Attwood. It DNF’d at Le Mans with Attwood and Courage and then went on to have a substantial race history with David Piper. By 1970, P/3 S/N 0854 had found its way to Carl Bross, now accepted as the first major Ferrari collector, for $9,976.

An even wilder example of Japanese excess is 250 GTO S/N 3909. This GTO enjoyed a respectable race history, finishing first in class and first overall at the Coupes du Salon at Montlhery in 1962 and taking a third in class at the 1964 Targa Florio, with many lesser wins and placings and two DNFs in the Tour de France.

Today’s market madness concerns muscle cars, and Ferraris are bargains compared to $2m–$4m Hemi ’Cuda convertibles. My prediction is that muscle cars are due for a crash, real estate is overdue for a correction, but the Ferrari market is on solid ground.