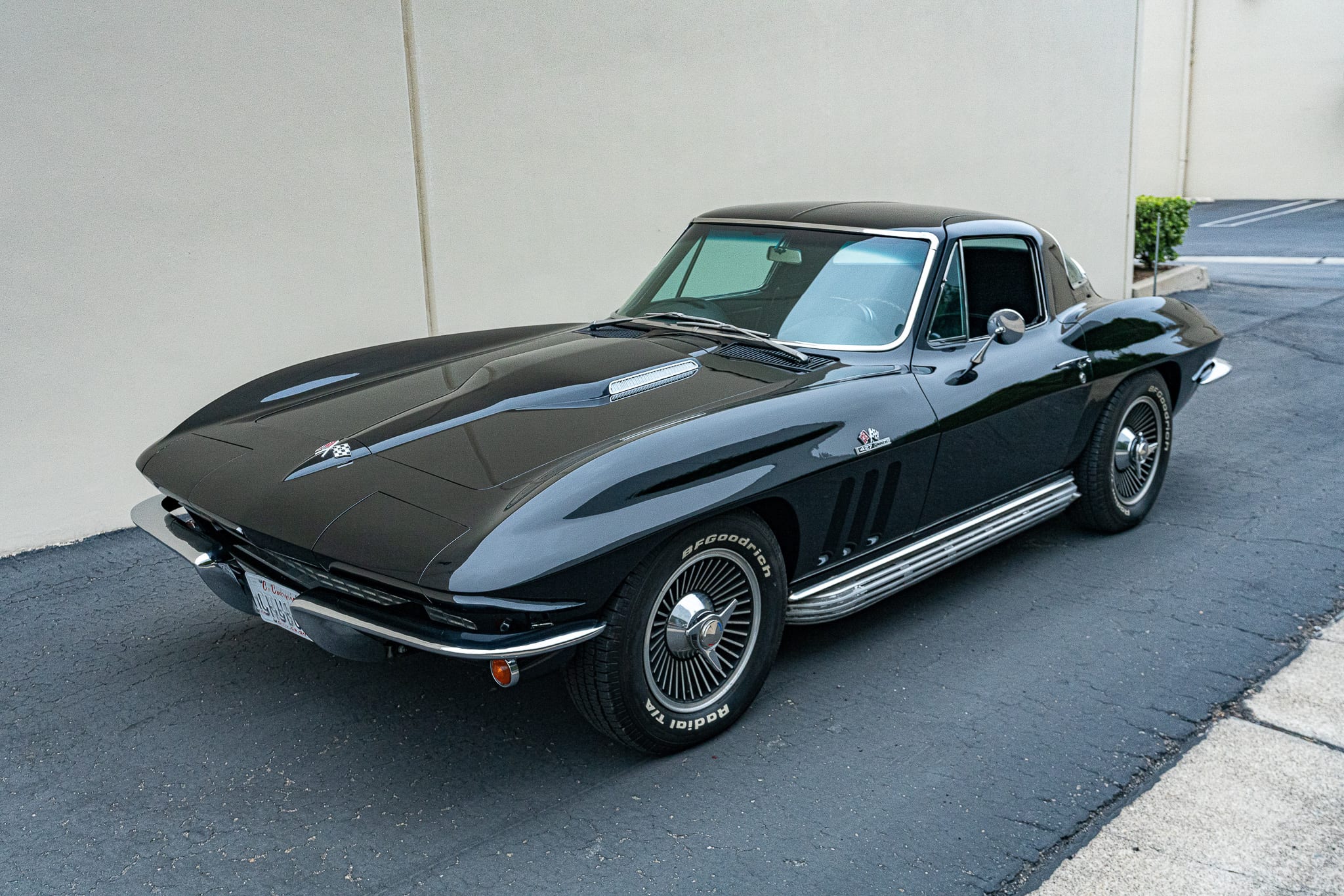 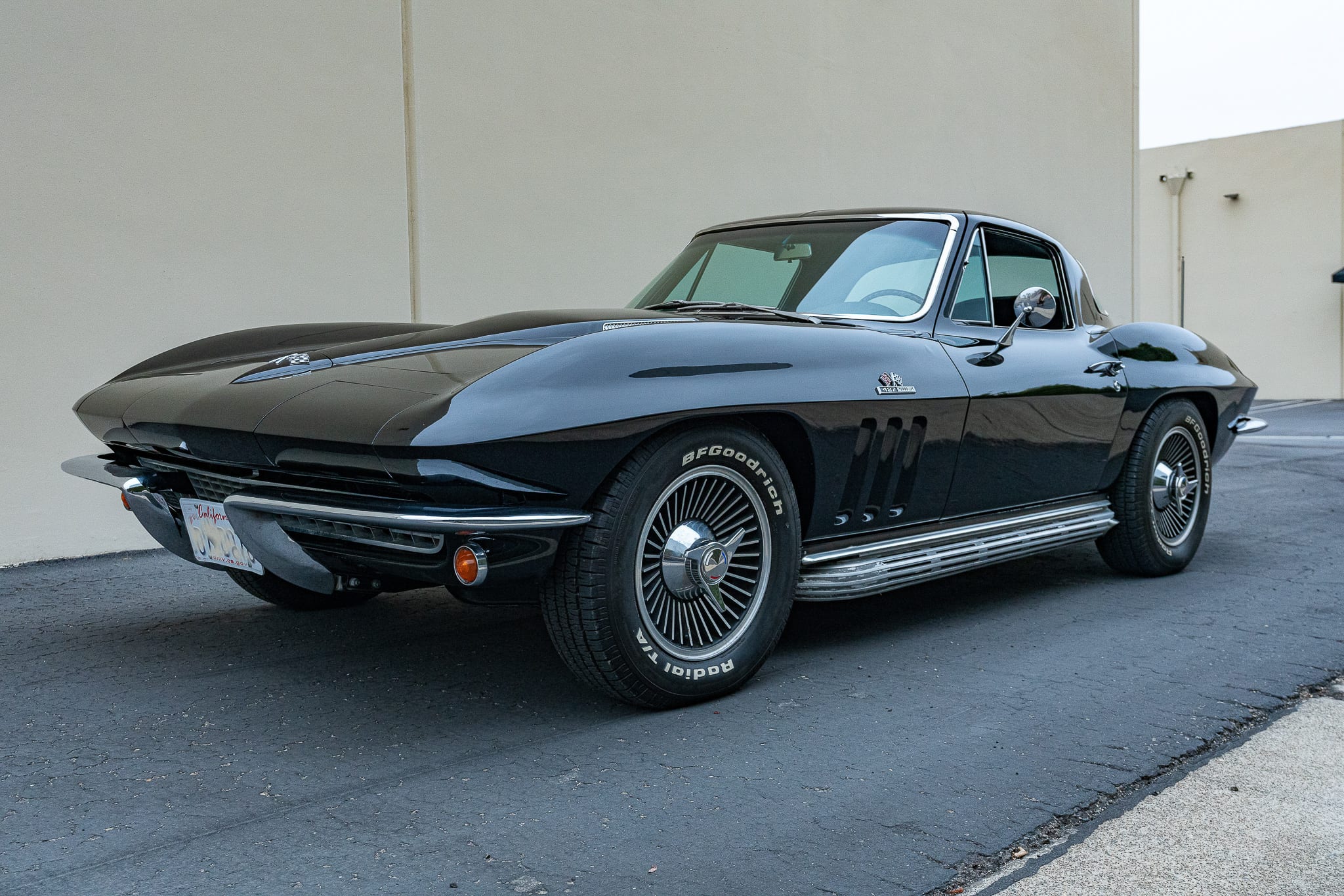 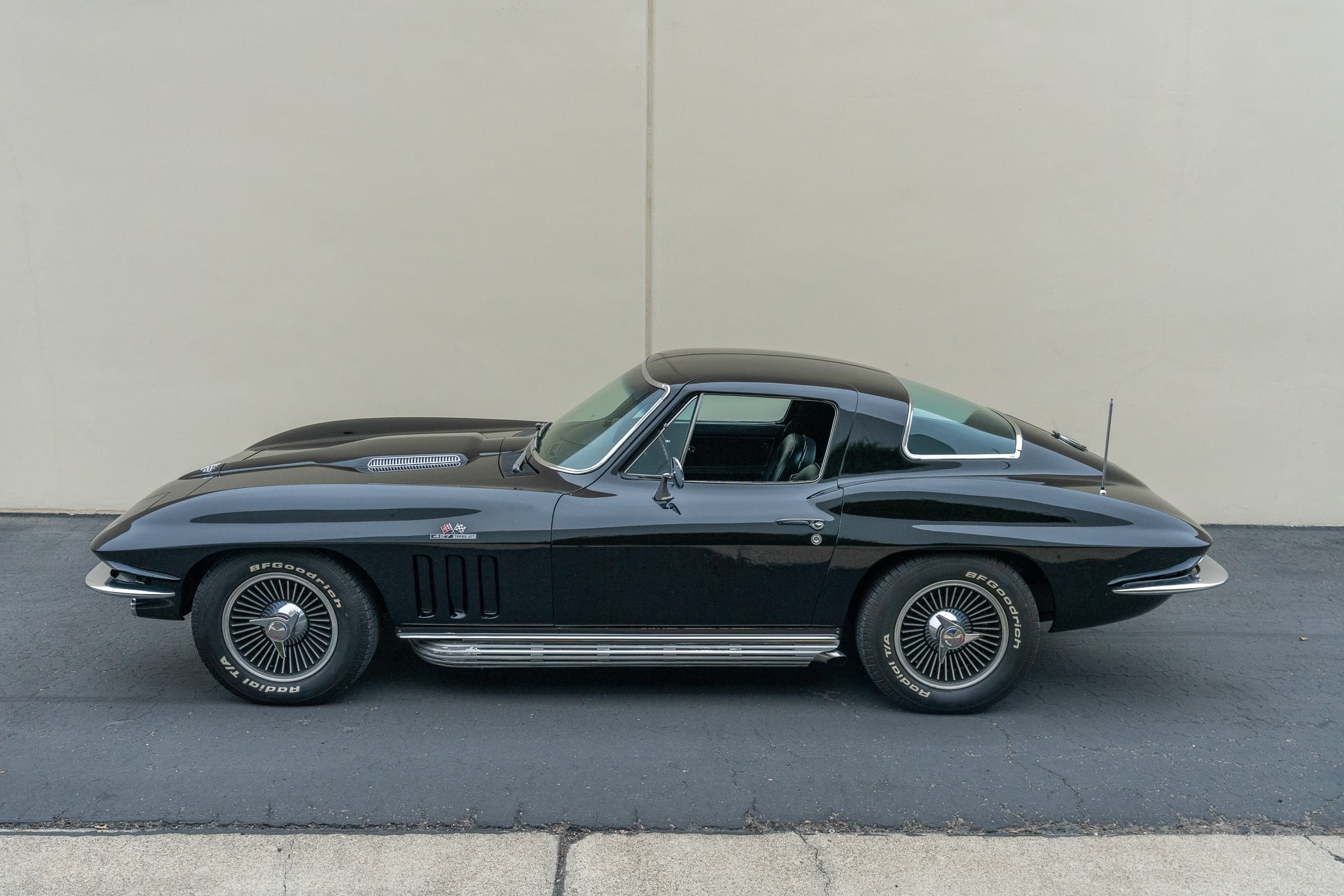 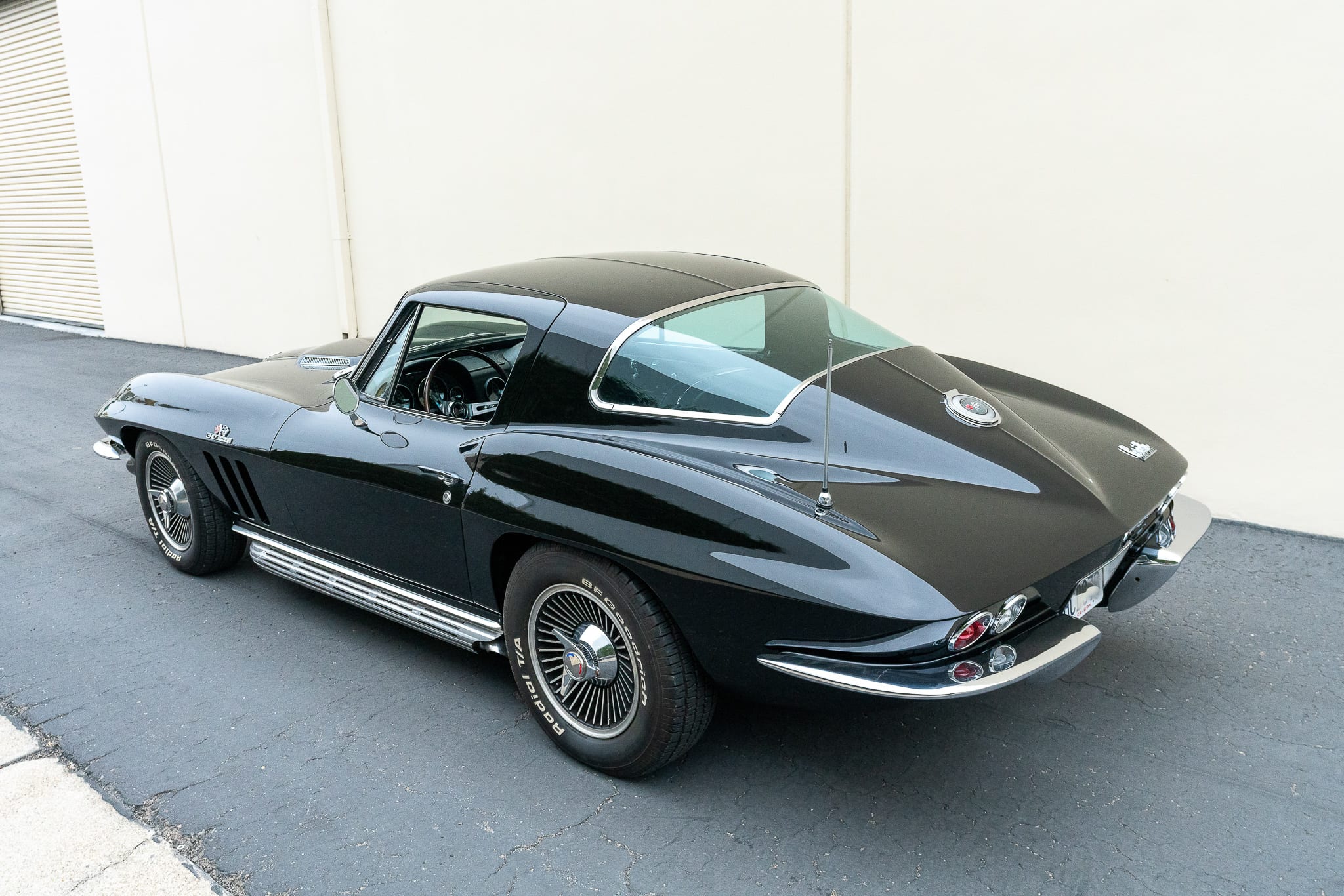 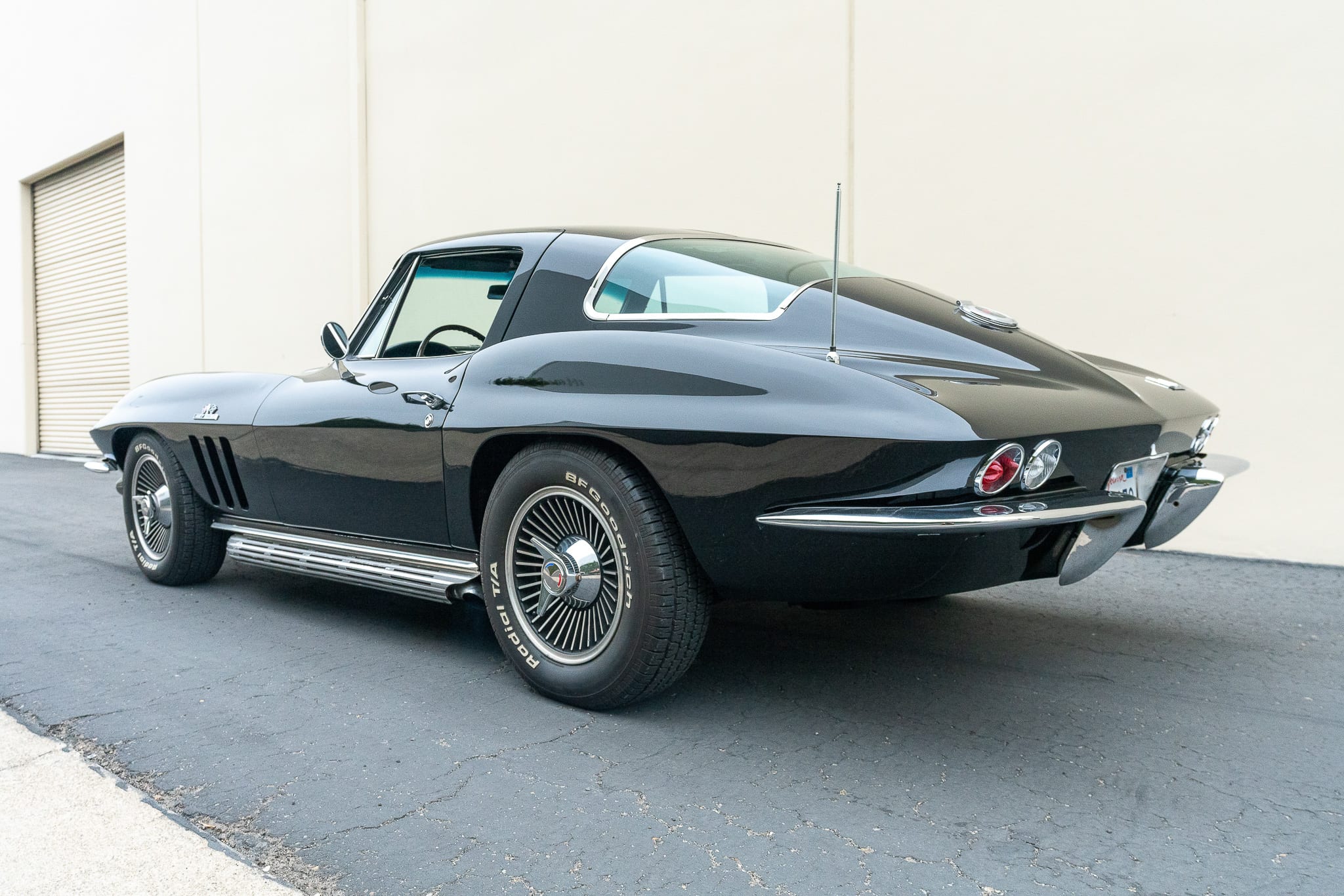 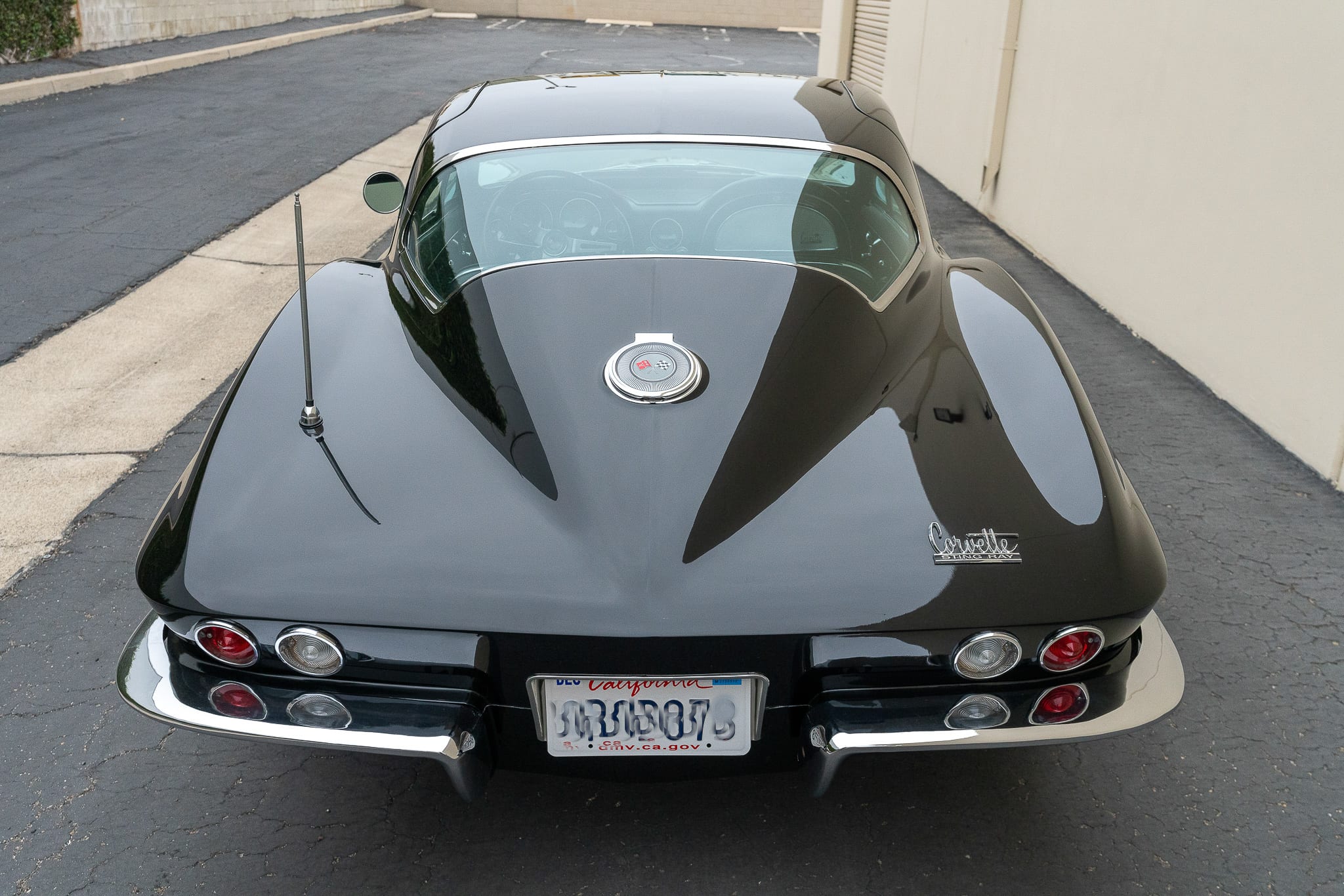 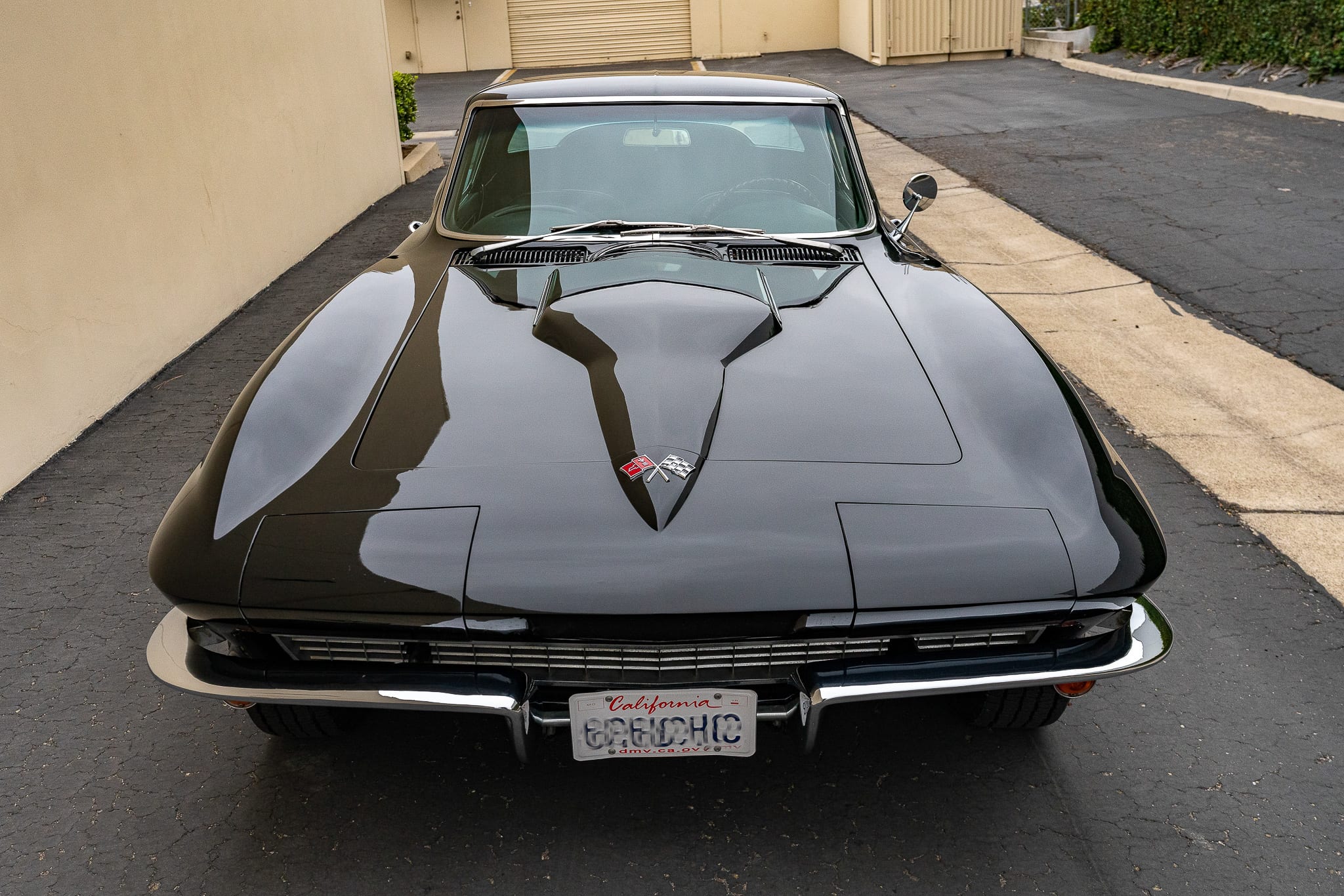 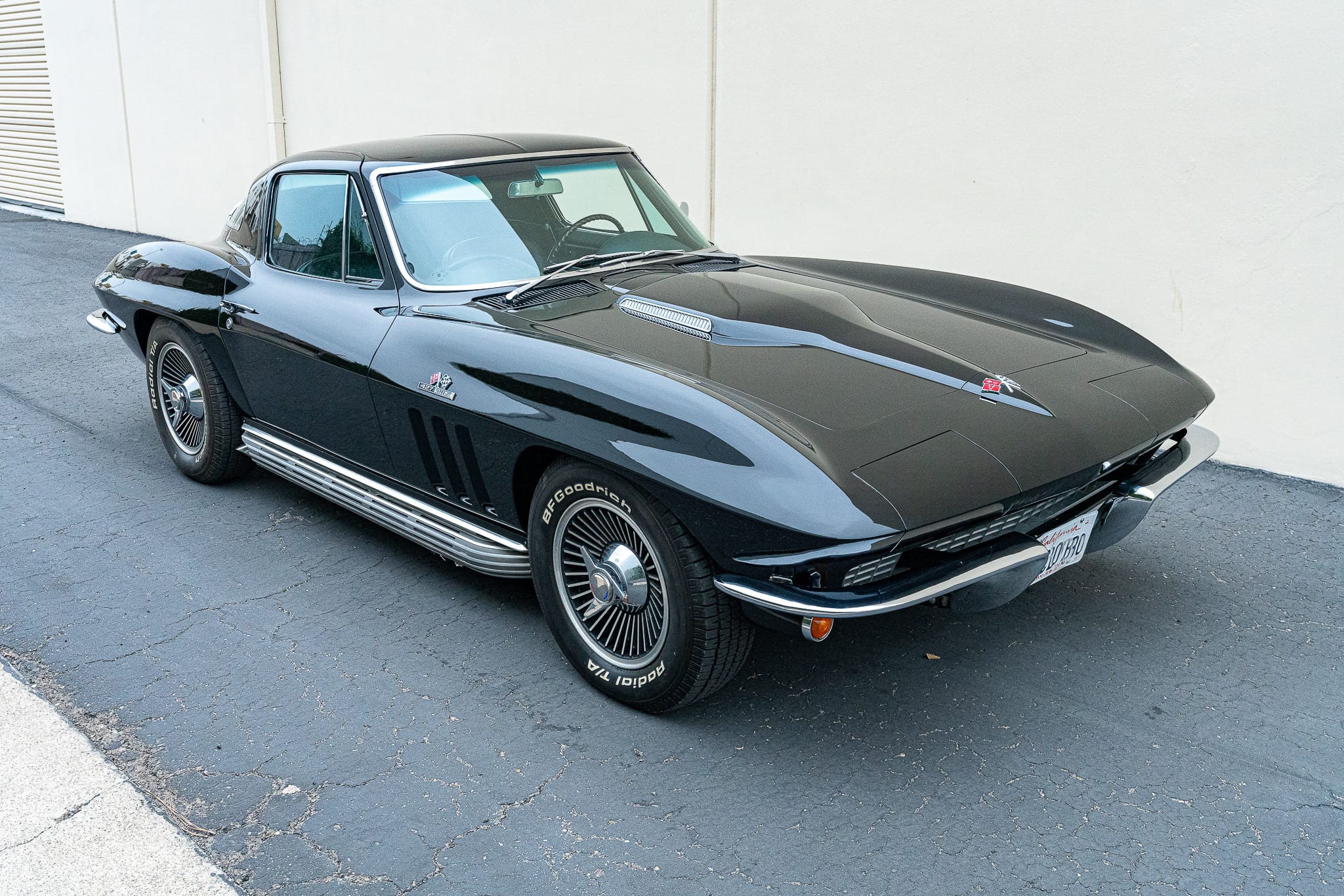 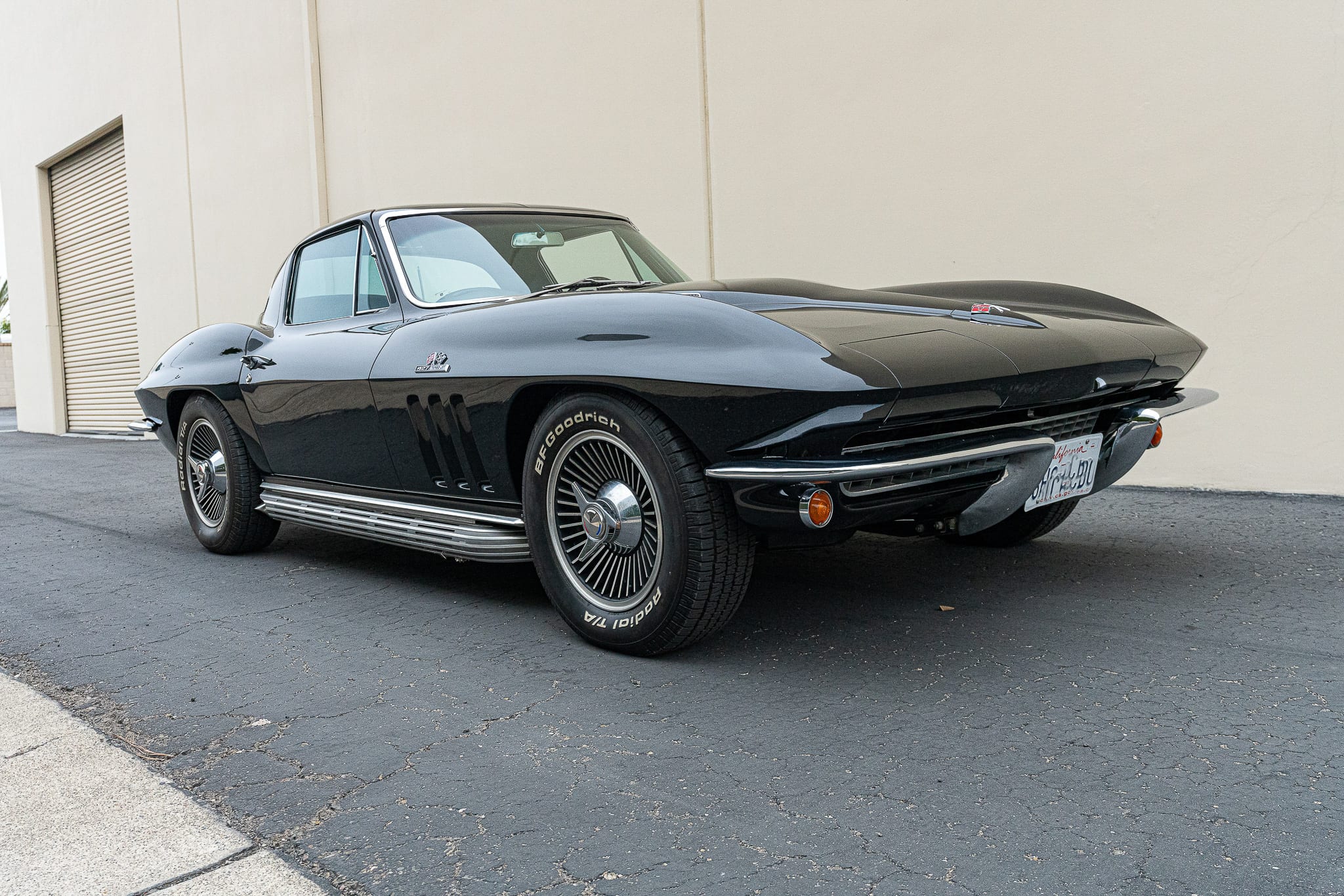 Today 1966 Corvette s/n 109631 shows extremely well thanks to very low miles on a beautiful, older, frame-up restoration and has only 69,159 miles, so only 726 miles since a complete engine rebuild by Precious Metals, Wholesale Automotive machine and Comp Cams. Our feature Corvette starts easily and settles into an explosive, big block, loping idle echoing from the side pipes. The throttle delivers a crisp rasp with every tap of the pedal, and a none-too-subtle rock to the entire car. The M-22 trans is precise, the clutch is progressive and pulls away smoothly thanks to the 427s massive torque. Once rolling the car shifts well and moves smoothly through traffic, even when moving with southern California traffic. Serious acceleration is positively thrilling and demands the driver’s full and complete attention, thanks to a shocking amount of serious torque. Steering is precise while cornering and road holding is well-controlled and confidence-inspiring. The Disc brakes are effective and lend a level of peace of mind that complements the big block engine nicely. Driving this 427 Corvette, one truly appreciates the capability these cars offer as affordable, historically significant, performance road cars.

1974, modified as an A Sport Racer for SCCA Solo 1 racing, raced at Ontario, Riverside and Willow Springs.

1974, 24 Aug. as per the SCCA Logbook okayed for competition for a second Riverside International
Raceway SCCA drivers school. Logbook signed off by A. English. Owned by James Brown, a pilot for
Continental.

1974, 09 Nov., raced at Riverside International Raceway as an A Sport Racer. Logbook signed off by D Harris.

1975, 30 Aug., raced at Riverside International Raceway as an A Sport Racer.

1983, 18 Jan., as per letter from James Edward Brown, a pilot for Continental, to John Baxter, he shipped the logbooks and paperwork to John Baxter. Sold as